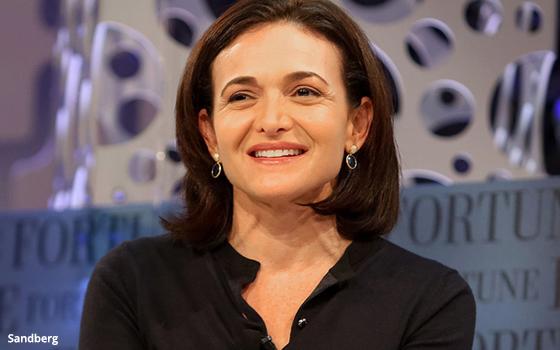 “Facebook faces a number of serious civil-rights challenges, including allegations of allowing the propagation of hate speech and misinformation and the facilitation of voter suppression, discriminatory ad targeting, privacy lapses, unfair censorship, and algorithmic bias.

Those are the words of Laura Murphy, a former director of the ACLU Legislative Office, who Facebook commissioned to conduct the audit, earlier this year.

Sheryl Sandberg tried to receive the findings with open arms, on Tuesday.

Regarding the roughly 90 civil-rights organizations that contributed to the audit, Facebook’s Chief Operating Office said in a blog post she is “grateful for their candor and guidance. We know that we need to do more: to listen, look deeper and take action to respect fundamental rights,” Sandberg said.

In response to feedback from civil-rights advocates, Sandberg also said Facebook was focusing on voter suppression as a "distinct civil-rights challenge."

Albeit in brief, Sanderg also responded to a just-released report& lt; /a> for the U.S. Senate Intelligence Committee, which concluded that Russian operatives used Facebook and Instagram to suppress turnout among potential black voters in 2016.

“We take this incredibly seriously,” Sandberg said. She isn’t the only one taking the report seriously, however.

In response to the report’s findings, the NAACP has called for a boycott of Facebook’s top social platforms.

Starting on Tuesday, the civil-rights organization began encouraging all users and businesses that support its cause to #LogOut of Instagram and Facebook’s flagship app for one week.

In addition, the NAACP said it returned a recent donation from Facebook, while it officially called on Congress to conduct further investigations into the company.
call to action, facebook, social media
2 comments about "Facebook Responds To Civil-Rights Audit".
Check to receive email when comments are posted.
Read more comments >
Next story loading