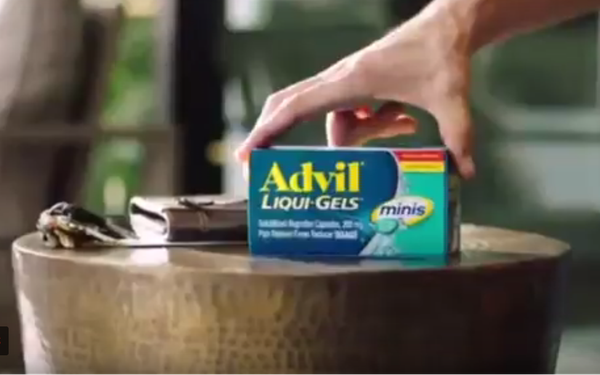 Drugmaker Pfizer on Wednesday agreed to join its consumer healthcare business to GlaxoSmithKline’s existing consumer healthcare unit to create one larger joint operation. That will let both companies turn their full attention to their more lucrative pharmaceutical businesses.

Pfizer, based in New York, makes Advil, Centrum, Chap-Stick, Caltrate and Robitussin, among many others.

The combined company will become the largest global consumer healthcare business, and the joint venture will be a category leader in pain relief, respiratory, vitamin and mineral supplements, digestive health, skin health and therapeutic oral health, according to the announcement.

Sales for the combined businesses were about $12.7 billion in 2017, the companies said. Of that, GSK’s portion amounted to $9.2 billion.

Under the agreement, GSK will own 68% of the new entity and Pfizer the other 32%. They expect to spin it off into its own publicly traded company within five years.

GSK spent $1.5 billion on media last year, according to global accounting firm R3. Pfizer is a big TV spender, but mainly for its prescription drugs. In 2016 and 2017 in the U.S. alone, it spent a total of $437 million to advertise such products as fibromyalgia drug Lyrica.

Combining the two over-the-counter businesses into one gives the parent firms a freer hand to develop new pharmaceutical drugs, where profit margins are much higher.

“The separation will take away the steady cash flows of the consumer business, meaning there’s more pressure on the men and women in white coats to deliver the next generation of blockbusters,” noted George Salmon, analyst at Hargreaves Lansdown.

Like other businesses, the consumer healthcare business is feeling the heat as online competitors -- including Amazon -- are discounting some OTC products.

With much controversy Pfizer and Ireland-based Allergan called off a $160 billion merger in 2016 that President Obama criticized because its acquisition by a foreign-based company created a huge tax advantage, called inversion, that would have saved Pfizer some $35 billion in taxes.

Amid the uproar, the Treasury Department removed the loophole, and two days later the merger bid was abandoned.

This idea behind this deal seems more straightforward. “The combination of these leading businesses with distinct regional and category strengths will be more sustainable and broader in scope than either company individually,” said Albert Bourla, Pfizer’s COO and incoming CEO, in a statement

Neither Bourla nor any other Pfizer executive will have the top positions at the newly created joint venture.  GSK CEO Emma Walmsley will be the chairwoman. Brian McNamara, currently the chief executive at GSK’s consumer healthcare division, will become the CEO of the new venture.

Walmsey said the latest transaction give GSK a ”clear pathway forward” to pursue to increase the research and development of a newer-style pharmaceutical/vaccines company, while also creating a newer, larger consumer healthcare company.