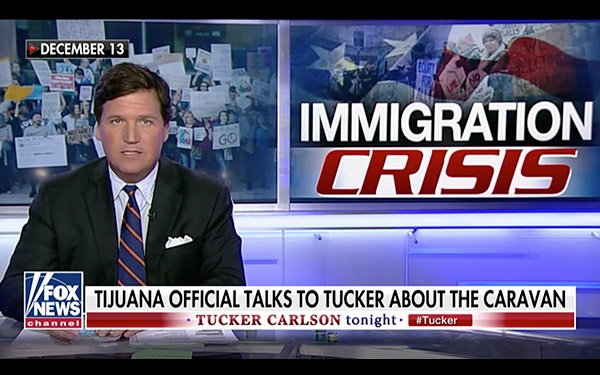 More than a dozen advertisers are stopping media schedules or have no plans to air on Fox News Channel’s “Tucker Carlson Tonight” after Carlson  said immigrants made the U.S. “poorer and dirtier.”

Yet many TV advertisers remain.

Over the recent December 17-20 period, iSpot.tv says “Carlson” pulled in $2.5 million in advertising (177 airings of national/regional commercials). For the previous four-day period, the show pulled in $3.1 million -- 228 airings of commercials.

Overall, reports says Fox News Channel has not lost much, if any, revenue -- advertisers simply move budgets to other shows.

Since Monday through Thursday night, according to iSpot.tv, top advertisers include:

Pacific Life was the the first “Carlson” advertiser that announced early in the week it was dropping its schedule. The insurance marketer tweeted on Friday about its disagreement with Carlson's remarks.

During the week, advertisers that said they would be departing or have no current media plans to buy the show include: Leesa, Lexus, ScotteVest, Takeda, Samsung, SodaStream, NerdWallet, Zenni Optical, Just for Men, Pfizer’s Robitussin, Jaguar-Land Rover, TD Ameritrade, and SanDisk.