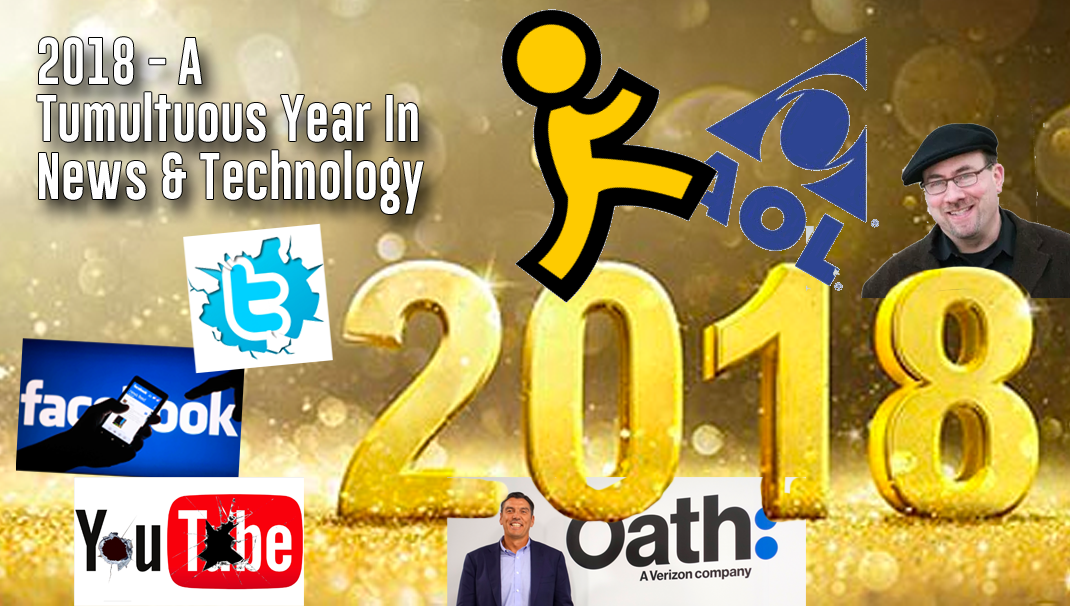 It’s been a tumultuous year in tech, as crosscurrents and political upheavals were driven by powerful tech platforms. And 2018 will be remembered as the year that tech had to confront the power and responsibility of the platforms it created.

Facebook’s power and moral ambiguity led the year’s most important and unresolved issues.

Tech founders — myself included — have based their innovations on the core principle that freedom of information is core to a new connected community.

At first, the emergence of trolls and fake news creators seemed like a bug, something that Facebook, YouTube, Twitter and others could solve by tweaking algorithms and adding filters and speed bumps to manage social manipulation.

Today, almost two years into the revelations our democracy has been hacked by forces with hostile intent, we seem no closer to managing the weaponization of social media.

Beyond social media, tech worked hard in 2018 to engage the political process.

Pew reported that, in 2014, 10% of registered voters  didn’t get to the polls, unable to sort basic transportation. In 2018, Lyft and Uber coordinated with TurboVote to provide free rides to the polls — because voting shouldn’t be limited to those who can afford to get to the polls.

So thinking about 2019, it’s worth taking look at the biggest attempt to build a news-centric enterprise that failed.

Tim Armstrong had a clear strategy, and he executed on it. He took AOL and through acquisition built the largest platform of brands and assets the web has ever seen: The Huffington Post, Tech Crunch, Yahoo News, Engadget, Autoblog, Tumbler and more.

Armstrong understood that ad buyers wanted large, one-stop-shop places to buy audiences. He saw Facebook and Google’s dominance rising and thought there was room for a third-platform play.

But while Google and Facebook ride on the value of others' content, Armstrong thought he could provide that value through his owned-and-operated properties.

He failed, but not because his ideas were wrong. The dysfunction of acquired pieces, along with the large promise of missed revenue numbers, was simply a bridge too far for Verizon.

But the failure of Oath — silly name notwithstanding — heralds the future of a mass-media monopoly, forecasting a forbidding future for news revenues.

Which isn’t to say there aren’t smart people and good teams driving hard to rethink the encomiums and technologies on which news and information are built.

Longtime news innovator Merrill Brown is looking to build a platform to make news properties easier to manage and monetize. The News Project describes itself as “a news business in a box,” including the must-have features for professional publishing — plus a suite of carefully integrated tools for monetization, content creation, distribution, customer engagement and business-critical insights.

It’s an ambitious project, and one that gives news organizations alternatives as the promise of Facebook rapidly fades.

In June, Craig Newmark gave a $20 million endowment, in a lump sum, to the CUNY Graduate School of Journalism, now renamed the Craig Newmark Graduate School of Journalism. And he is spending $20 million to back The Markup, a journalism project led by reporter Julia Angwin; it's aimed at pointing out the serious deficiencies in tech platforms and their impact on society.

"I'm proud to back The Markup and support people whose work I've followed and admired for a long time," Newmark said in a release. "As a news consumer, I look for journalism that I can trust, and by producing data-driven, rigorously fact-checked reporting on the effects of technology on society, The Markup is helping to fill a largely unmet need."

Then there’s Civil. Civil had a bold idea: to create a token within blockchain that would fund and embrace excellence in journalism. There was lots of hype and a ton of press -- but in the end, the $8 million minimum funding wasn’t reached. CVL returned the $1.4 million that was raised.

But don’t count them out yet -- far from it. “This was one of the most ambitious experiments aimed at creating a brand new model in journalism,” said Mathew Ingram in the Columbia Journalism Review. So what happened? Well, there were 44 steps that needed to be taken to buy a CVL coin — and a quiz (really). So the barrier to entry was just too high.

It was a year of challenges, pressure, change -- and some hope of triumph. Just -- not yet. So here’s to 2019, and the challenges and adventures on the road ahead.