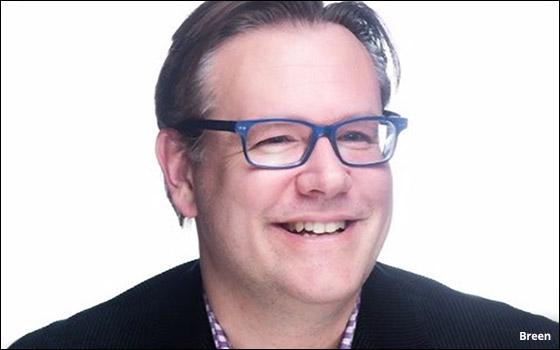 Madison Avenue digital wunderkind Bant Breen has been named CEO of Harte Hanks, a legacy media operator that has transitioned into one of the dominant database marketing firms.

Breen, who is best known as a rising star inside Interpublic’s Mediabrands -- where he held a variety of positions before striking out on his own startup, digital reputation management platform Qnary -- has a keen eye for emerging technology and digital media trends. He was the young turk who brought Interpublic’s early-stage investment in Facebook when it was still a startup.

Breen, who will remain chairman of Qnary, succeeds an “office of the CEO” structure established at Harte Hanks, while it searched for a permanent CEO after former CEO Karen Puckett stepped down in August.

Concurrent with his appointment, Harte Hanks named company veteran Andrew Harrison president and COO. Harrison had served as a member of the office of the CEO and previously was executive vice president and chief human resources officer of the company.

Harte Hanks was founded nearly a century ago as a newspaper operator based in Texas and gradually diversified into radio and TV station operations before divesting of its legacy media assets to focus on database marketing, including direct marketing and shopper media.

Prior to Interpublic, Breen worked at both Publicis and WPP and in 2010 he was inducted into the American Advertising Federation’s Hall of Achievement.

Ray Carbonell, a key player who helped Breen found Qnary in 2012, has been named CEO. He previously was global president.