Audi, Hyundai, Mercedes Use CES For Their Coolest News 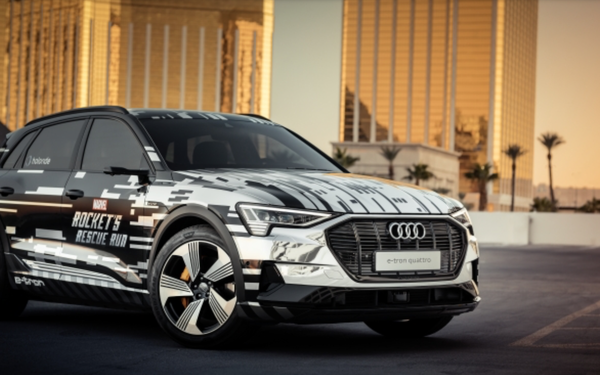 Truth be told, I should probably be at the Consumer Electronics Show today. It’s become nearly as big an arena for news as the U.S. auto shows. Judging by this year’s historically small Detroit media preview schedule, it might actually be a bigger deal. But alas, I am stuck in gray Detroit, where the weather is resembling the Pacific Northwest more each day.

Already this morning in Las Vegas, Audi has turned the car into a virtual reality experience platform: In the future, backseat passengers will be able to experience movies, video games, and interactive content even more realistically using virtual reality glasses.

The luxury brand is presenting a technology that adopts virtual content to the movements of a vehicle in real time: If the car drives through a right turn, the spaceship in the experience does the same, for example.

Through a subsidiary, Audi Electronics Venture GmbH, Audi has co-founded a start-up company, Holoride GmbH, that will commercialize this new form of entertainment via an open platform which will be made available to all carmakers and content developers in the future.

Audi is demonstrating the immersive futuristic technology with “Marvel’s Avengers: Rocket’s Rescue Run,” an in-car VR experience for backseat passengers being brought to life by Disney Games and Interactive Experiences.

Wearing VR glasses, the passenger in an Audi e-tron is transported into a fantastical depiction of outer space: The Audi e-tron now functions as the ship manned by the Guardians of the Galaxy, as passengers make their way through an asteroid field together with Rocket, a character that will appear in Marvel Studios’ "Avengers: Endgame" in spring 2019.

I would expect there’s a good chance Audi will be doing some marketing around the movie. Audi and Marvel Studios have been teaming up since the inception of the Marvel Cinematic Universe, beginning with the appearance of the Audi R8 in "Iron Man" (2008).

Meanwhile, Hyundai will livestream its 3 p.m. PT press conference on CNET. The automaker will showcase its concept vehicle, dubbed “Elevate.” The unique “walking car” aims to create a new vehicle category, the UMV, or ultimate mobility vehicle. Wheels with robotic legs allow users to drive, walk or even climb over the most treacherous terrain.

Also at CES, the next-generation Mercedes-Benz CLA is making its world debut.  Daimler’s exhibit at the show is focusing fully on the future of mobility, according to the luxury automaker. Other highlights include the U.S. premieres of the battery-electric EQC as well as the Vision Urbanetic mobility concept, plus news about Daimler Trucks’ strategy for automated trucks.

Business Insider reports that Honda will show off an autonomous, multipurpose vehicle. Finally, the German publication Electrive reports that Nissan will unveil the Leaf E-Plus, which will have a larger battery than the current Leaf, at CES.

automotive, ces, conferences, idgtechnetwork
1 comment about "Audi, Hyundai, Mercedes Use CES For Their Coolest News".
Check to receive email when comments are posted.
Next story loading