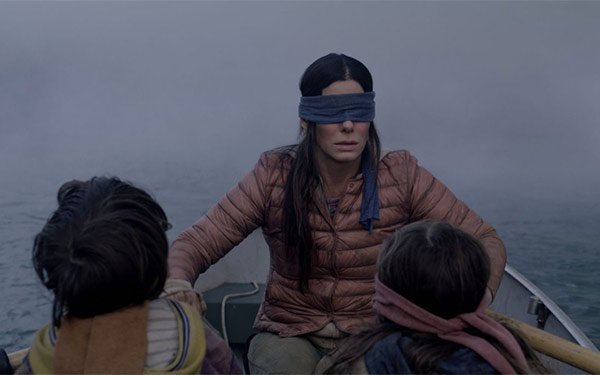 What made “Bird Box” such a smash hit?

Sandra Bullock’s star power and a weakness for apocalyptic thrillers contributed to more than 45 Netflix subscribers streaming the movie.

Less obvious, however, was the social sorcery that Netflix employed to market the movie, spreading its “Survive at All Costs” ad campaign.

The data shows Netflix targeted 91% of its “Bird Box” campaign to Facebook, then directed its remaining resources to YouTube.

More notably, 47% of the ads were “dark” video ads, meaning they were targeted to specific users, but were not publicly visible.

Among these mysterious dark ads, the three most popular attracted nearly 120 million views.

Among the entire audience pool, the campaign mostly targeted females (66%) and married people (54%).

Perhaps most telling, BrandTotal found no evidence to support the conspiracy theory that Netflix was creating fake Twitter accounts to promote the thriller.

“Despite tons of speculation that Netflix owes the movie’s success to purchased Twitter bots, our data says otherwise, Alon Leibovich, cofounder-CEO at BrandTotal, notes in the report. “Netflix spent the bulk of its resources on marketing to older demographics on Facebook with no trace of a paid Twitter campaign.”
advertising, netflix, social media
1 comment about "Facebook Campaign Nets Big Returns For 'Bird Box'".
Check to receive email when comments are posted.
Next story loading