Report: Walmart Continues To Gain Market Share In Most Categories 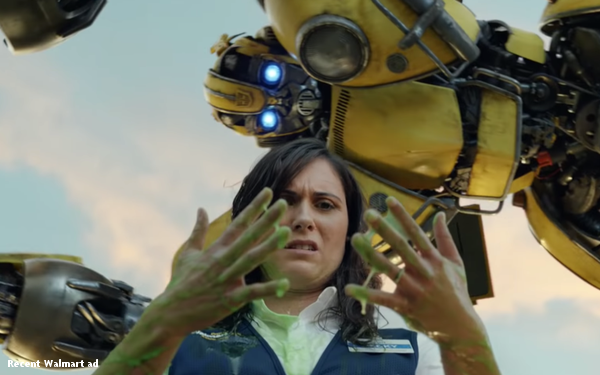 Walmart is increasing its might, and a new report from Morgan Stanley says that after years of sacrificing earnings for growth, its investments will pay off with higher profits.

Analyst Simeon Gutman writes that he expects a shift in earnings momentum this year after five years of declines. “Walmart U.S. can now generate sales growth without sacrificing margins, in our view, in contrast to most retailers,” he writes. “With procurement and operating costs among the lowest in retail, Walmart can offer customers the lowest prices and highest level of convenience.”

Morgan Stanley says Walmart is gaining share not just in grocery, but also in apparel, home furnishings and ecommerce, bolstering predictions that Walmart will be able to achieve comparable-store sales gains of 2.5% this year.

The new report follows Walmart’s announcement that it’s stepping up its grocery delivery business, adding four new companies to expand its network. Based in four different states, the new partners bring Walmart's home-delivery capabilities to 800 stores, with an additional 800 expected to be added this year.

And Walmart continues to make tech inroads. Besides currently looking for new leadership for Store No.8, its tech incubator, it’s also gotten more candid about what isn’t working.

Chief technology officer Jeremy King recently spoke at the National Retail Federation’s Big Show, outlining its failed Scan & Go pilot, which let customers in 125 stores use their phones to check themselves out. He told attendees Walmart scrapped Scan & Go because it was too error-prone, and that he is more optimistic about the use of computer vision in stores soon.

Computer vision is similar to the technology Amazon is using in its Amazon Go stores, the cashier-less pilot that allows customers to scan their phones when they enter, then shop and simply walk out with items they select. Cameras and sensors add items to a virtual cart, which charges them when they leave.

Gutman compares Walmart’s success to Best Buy, which is also outperforming. “Hallmarks include making investments in stores and online; optimizing the supply chain for omnichannel retailing; working closely with vendors and reinvesting savings in price; and creating competencies to make processes more efficient and remove unnecessary expenses from the system.”

The analysis indicates that Walmart now has about 15% of total retail sales in grocery, home furnishings, electronics, apparel, sporting goods, general merchandise and office suppliers, and has been adding an average of about $10.6 billion in incremental sales per year.

In grocery, Walmart dominates with a 23% share, about 2.5 times the next largest retailer. It’s also winning in e-groceries, with 17% of consumers saying they ordered from Walmart.com last year, compared with 15% in 2017.

And in U.S. ecommerce, increases have been “staggering,” with special strengths in click-and-collect options: “We believe the sales component of the flywheel is turning successfully,” according to Morgan Stanley.