What Could Be The Real Reason Google Invested In Wind Farms 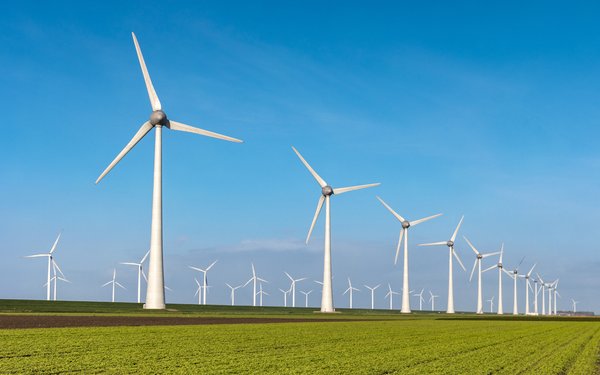 What if Google, Amazon and other tech companies building smart-home devices owned and operated the electricity to run their own hardware based on energy generated by wind farms? At the very least, these wind farms lower their cost of renewable energy to power their own data centers.

Berg Insights estimates the number of households adopting smart-home systems in the United States between 2017 and 2022 will grow at a compound annual growth rate (CAGR) of around 23%, resulting in 63.0 million smart homes. The forecast also estimates that revenue could reach $36 billion in 2022, up from $2 billion in 2017.

Google’s latest deal to buy energy came in September 2018, with a 10-year deal to buy renewable energy from three wind farms in Finland.

Then there’s Google’s Makani Energy Kite project, which uses what looks like an airplane tethered to a ground station, which harnesses energy from the wind. The project says it “has the potential to power the world 100 times over, yet only 4% of the world’s electricity comes from wind.”

While this type of device to harness energy remains limited, some anticipate a future where solar panels, battery storage and electric vehicles all become part of a smart-home ecosystem. Could these, along with Google Nest and Amazon Ring, be powered by the wind?

As one media outlet suggests, “any company that controls the software and systems that deliver energy could gain a formidable market position.”

In this scenario, I’m adding into the mix search and other forms of advertising, with the ability to generate electricity from wind.

To me, it’s an interesting thought. Google and Amazon gain more control not only of the devices, but the electricity it takes to run them to provide these internet-connected services at “lower costs and better service.”

The Wall Street Journal reports that Google struck a deal with utilities and power providers in the U.K. and the Netherlands, as well as in Illinois, California and Texas. The company also has a deal with Reliant Energy, a Texas electricity provider owned by NRG, whose former CEO told the WSJ that in "10 or 20 years, the dominant retail electric provider in the United States is going to be Amazon or Google."