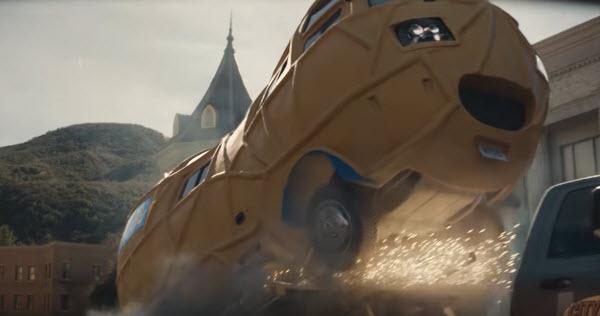 Planters’ just-released final ad for Super Bowl LIII features baseball great Alex Rodriguez, as expected, along with a cameo by a celebrity who not long ago probably wouldn't have been considered PG-rated enough for the brand.

The 30-second ad — an extension of Planters' male-targeted “Wing Nut” campaign, launched last year — has Mr. Peanut taking the brand’s NUTMobile through outrageous stunts (above) in order to get some mixed nuts to A-Rod before he resorts to eating kale chips.

Observing the vehicle’s wild ride through the streets: Charlie Sheen, who makes a droll observation.

The ad, from VaynerMedia, features a new tagline for the brand: “Always there in crunch time.” It will air during the second quarter.

Mr. Peanut will also be giving away prizes during “pivotal crunch times” in the game, reports Kraft Heinz. Fans who follow @MrPeanut on Twitter will have chances to win prizes including signed Rodriguez memorabilia, a solid gold peanut, and having Mr. Peanut as a personal chauffeur in the NUTmobile for a week.