Will Alexa And Siri Leave Voiceover Actors With Anything To Say? 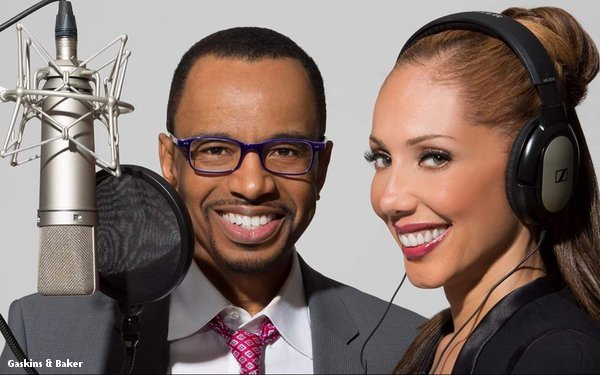 Consumers have been talking to artificial voices for a while now. We know Alexa and Siri and a few others by names. Some kids talk to them like they’re a member of the family.

The always don’t seem real -- but  maybe real-like. These AI voices use natural language processing,  and sometimes when they don’t understand the question, they’ll even say, “Hmmmm,” just the way you might if you’re a little stumped.

Joan Baker, a voiceover pro, and Rudy Gaskins, a producer-director and her husband, don’t seem so worried about what AI means for the future of the voiceover profession.

Baker says, “I hear a lot of people talking about it. A lot. I see it talked about on Facebook pages. They’ll write, ‘Oh, they’re going to take our jobs.’”

Time will tell. “Will synthesized voices rule the day someday? It is the wild West,” Gaskins says. “My guess is that as the generations go on, they’ll become less averse to it.”

But he adds, with a sentence that would have seemed nonsensical to utter just a few decades ago, “There will always be the need for a human voice.”

There are a few firms, like LyreMaker and Animaker (“As Real As It Gets”) that offer ways to create a real voice, but most of the time  a “computer voice” won’t fool anyone.
And in fact, as AI voices proliferate, the media role for human voices might actually become even more in demand. Or else AI voices will skim off the mundane voiceovers of phone prompts and such, leaving the better jobs to real people. Or AI will get much better at imitating real voices.

Still, who knows? As Gaskins points out, virtually every job in the tech economy is not what it once was.

“Right now, my competition is a stereo system,” Baker says.

Baker and Gaskins created the Society of Voice Arts and Sciences in 2014. It holds seminars and gives The Voice Arts Awards each November  for outstanding voiceover work in commercials, programs, podcasts and video games. Baker is also the author of “Secrets of Voiceover Success” a kind of how-to as told by top talent.

So they have an evangelistic zeal about the business, and theories about the unconscious power of real voices. Gaskins says the importance of the human voice is innate. “A lot of what we feel about the voice we began feeling in utero,” when a baby in its mother’s womb reacts to the sound of her voice. “It is that connected.”

Take, for example, “the voice of God,” probably the phrase many people have heard relating to voiceover work. That’s the  unseen, commanding, deep-throated (usually) male voice you might parody if you were trying to imitate a movie trailer (an association stemming from the late Don LaFontaine, whose voiceover movie trailer line that began, “In a world…” is now a knowing joke and the name of a 2013 movie about the business.).

“But what does that phrase tell you?” Baker asks. “It talks about that voice representing the  overwhelming power, and that God thing can get dangerous. That’s powerful. I’ve used that phrase in a group of of non-voice actors, and some of them were offended that I could say such a thing: the voice of God!”