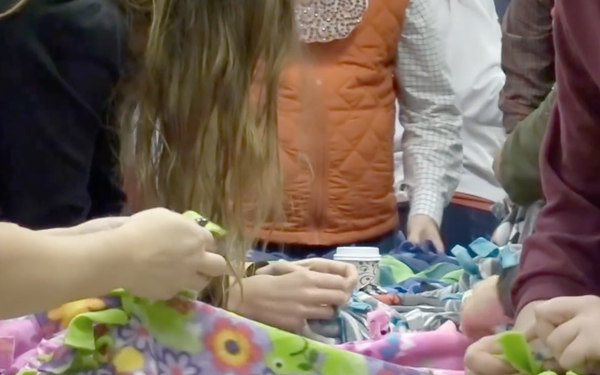 Joann is partnering with Project Linus to prompt the creation and donation of blankets to children in the hospital, foster care or other trying situation.

More than 350 of the fabric and craft retailer’s locations are designated blanket donation points, and customers can now purchase material, work on their blankets and donate, all under one roof.

The partnership will kick off with Make A Blanket Day on Feb.16, featuring a free no-sew blanket-making event in all Joann stores from 11 a.m. to 2 p.m. Blankets will be donated to local charities including Project Linus, which has given more than 7 million blankets to children in need since 1995.

Consumers can visit Joann's online events page for more info, and the retailer also has compiled a list of stores designated as collection locations at the microsite joann.com/project-linus.

One in three items made by Joann customers is given away to those in need, and that includes millions of blankets and quilts each year, says Stephen Caution, vice president of business development at Joann.

“We've had an ongoing relationship with Project Linus since 2018, but began accelerating the partnership this year with our Make a Blanket event,” Caution tells Marketing Daily. “The partnership, as well as the event, is being marketed in our stores and through various digital channels including email and Joann's social media channels.”

The company created a video to publicize the partnership.

Those making blankets consistently for Project Linus can receive specially reduced pricing on fleece and yarn through the Joann+ program, which has allowed the organization to nearly triple the amount of blankets they make for the same cost.

The partnership will be ongoing after the event and more store locations will continue to be added, Caution says.

“Our community of makers is very philanthropic, so becoming a dropoff point for Project Linus actually helps save many of our customers the extra trips that they normally would make if donating,” he says.