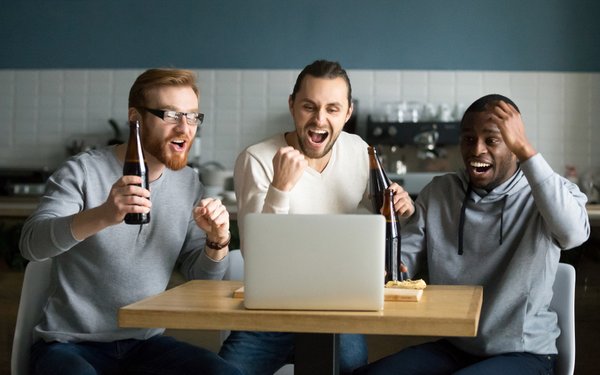 Many streaming TV services airing the Super Bowl had video delays of between 30 and 60 seconds behind the real-time sports action -- somewhat of an improvement versus a year ago.

Among eight streaming platforms, latency issues for the game were between 28 seconds and 47 seconds, according to video technology company Phenix. A year ago, Phenix found Super Bowl streaming delays of 20 seconds up to five minutes.

Yahoo Sports App and CBS All Access witnessed delays in video streaming of 46.7 seconds and 46.5 seconds behind the real-time action on the field.

The best results were with the CBS Sports app at 28.2 seconds delay to real-time.

Phenix had a tester on-site at Mercedes-Benz Stadium for the Super Bowl, measuring the lag time between the action on the field to various streaming platforms, cable and over-the-air broadcast channels.

It also measured the latency between different video devices for viewers watching live-streams on the same apps, which showed delays ranging from 69 seconds to over 100 seconds.

Phenix says delays with live sports viewing are not unexpected among platforms or viewers. For example, it says 72% of sports viewers anticipate delays when streaming games.

Beyond the delays, Roku, the streaming network provider, experienced disruptions and/or stoppages for many consumers during the final minutes of this year’s Super Bowl.

A year ago, Hulu also had disruption issues when streaming the game.