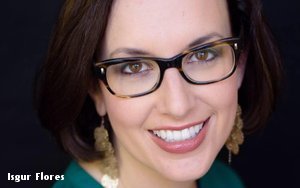 Just as CNN is exhibiting the greatest improvement in trust among American news watchers, the network announced a new political editor with a perceived right-wing bias will lead its coverage through the 2020 election.

The appointment of Sarah Isgur Flores -- who served as Department of Justice director of public affairs under former Attorney General Jeff Sessions, and more recently as senior counsel to the deputy attorney general -- triggered immediate tweetstorms of “what is CNN thinking,” but it also signals yet another incestuous convergence between political operatives and political reporting that could have taken from a discarded episode of Aaron Sorkin’s “The Newsroom.”

While the continuation of that trend may seem inevitable, the fact that CNN chief Jeff Zucker is tapping a known right-wing operative like Isgur Flores mmay be seen by some as an effort to become more fair and balanced, but to others, it’s muddying CNN’s waters at a time when it is demonstrating some brand momentum.

With a ten-point gain in Brand Keys’ just-released Media Trust Tracker, CNN jumped from ninth to sixth place among America’s most trusted network TV news brands over the past six months.

According to Brand Keys’ Founder and President Robert Passikoff, this was due mainly to Americans swinging more to the political left following the Midterms and the federal government shutdown, and mainstream and/or left-wing news outlets benefitting from that.