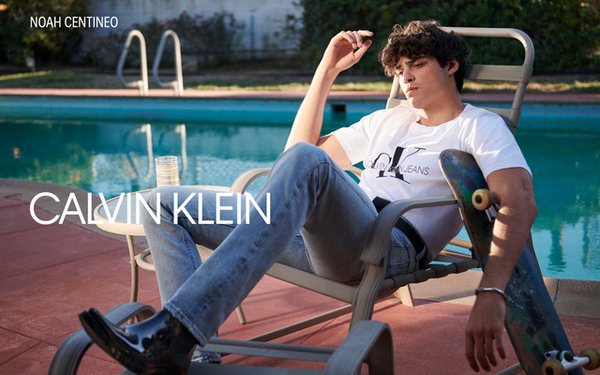 Calvin Klein is introducing its new spring campaign, marking the largest shift so far into its digital-first brand marketing strategy.

It describes the campaign, themed #MyCalvins, as a coming-of-age concept.

But the media plan may be more remarkable than the campaign itself, and it’s the first since the company announced late last year that it was leaving print behind.

The brand went into the campaign prioritizing the mobile and digital experience and with a heavier focus on video, a spokesperson tells Marketing Daily, along with focusing on outdoor locations with high foot traffic. The brand is looking for marketing with social amplification that encompass more impactful storytelling and product conversations.

The video is running on paid media channels, including Instagram, Facebook and YouTube. It is also the brand’s debut on TikTok, a platform prized by Gen Z for its short-form mobile videos. By launching on the TikTok platform the brand can engage a younger audience through exclusive videos and native hashtag challenges, creating compelling brand interactions and encouraging user-generated content.

Set to the New Order track “True Faith,” the video was shot by British fashion photographer Glen Luchford, and plans call for new content to appear throughout the season, including product shots from Tyler Mitchell.

The new marketing strategy comes amid big upheaval at the brand, sparked by disappointing results. In November, the company said that while Calvin Klein sales for the third quarter rose 2% to $963 million, earnings fell to $121 million, primarily because of a $10 million hike in creative and marketing spending, as well as more promotional selling of its jeans.

Last month, parent PVH Corp. announced a restructuring, as well as plans to increase the Calvin Klein brand to $12 billion in global retail sales over the next few years.

“Our industry is witnessing a historic transformation in consumer behavior which presents a significant growth opportunity,” says CEO Steve Shiffman, in an announcement explaining the changes. “Now more than ever, we must double down on meeting consumer demands by creating culturally relevant products and experiences that engage communities by pushing fashion and culture forward.”

The digital-first strategy is part of that, along with a new “Consumer Marketing Organization (CMO),” which will focus on consumer engagement and shopper experience.

The company is also scrapping the Calvin Klein 205W39NYC "halo" line, which will be relaunched with a new name and design approach. PVH says the new business “will be designed to evolve the traditional luxury fashion model by connecting with a diverse range of communities, offering an unexpected mix of influences and moving at an accelerated pace.”

The restructuring is expected to result in about $120 million in costs in the next year.