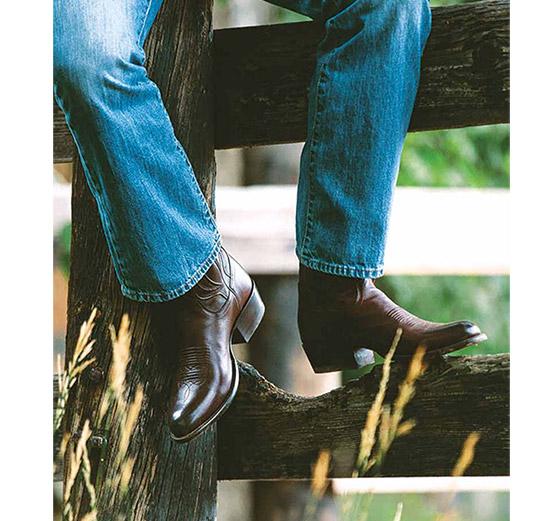 Cowboy bootmaker Tecovas is out with its first campaign from Greatest Common Factory which it appointed AOR last October.

The new work pivots toward more story-telling content and away from pricing which was the focus of previous campaigns.

Three sets of 15-second spots for TV and online are designed to reach specific customer sets: lifelong western boot wearers, southern-dwelling millennials who like boots for work and play, and those across the U.S. who incorporate western wear to their wardrobe.

For example, in “Thank God for Boots,” the spokesman is at a bar with a woman to connect with casual boot wearers. In “Snake,” he’s in the field to reach traditional cowboys and “Day & Night” takes him from loading wood into a truck in daylight to a swanky bar at night to appeal to Southern millennials.

“Tecovas has many types of customers as the brand expands, so we don’t have to sacrifice selling points to make one or two universal spots," explains John Trahar, co-founder and creative lead, CGF.

The commercials are running across TV and online, on more than a dozen TV networks and on more than 100 sites including MSNBC, ESPN and Fox. "The plethora of media available allows us to tell different stories in different ways to each customer more readily than ever," says Trahar.