Forrester: Why Brick-And-Mortar Is Failing Luxury 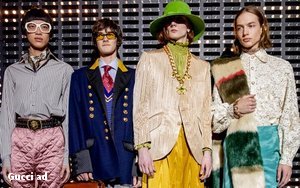 A new report from Forrester finds that while luxury sales are booming around the world, high-end department stores continue to lose both relevance and market share. Affluent shoppers are increasingly turning to stores owned by the luxury brands themselves, as well as to more convenient digital channels.

The shift comes as these high-end brands fight to protect what they stand for by selling more in stores they own, where they can control product assortment, customer service and shopping experience. The report says most also have their own online stores, as well.

Overall, the report tracks a 6% gain in personal luxury sales around the globe in 2017. Online, these sales jumped 24% in 2017, driven not just by more shoppers, but also an increase in how much they spend per transaction. The report notes a 9.7% jump in the number of people with a high net worth, with a 9.9% gain in North America and a 12.1% increase in Asia Pacific.

Social media is increasingly a factor in the way affluent consumers make buying decisions, with a 20% annual gain in those following luxury brands, and some 80% of luxury shoppers saying they are influenced by digital channels.

The report says these gains come amid stepped-up digital advertising efforts, with luxury brands boosting budgets by 63% from 2013 to 2016.

But it also indicates that luxury’s best customers are those who are increasingly fluid in channel-changing. Forrester says that among consumers in North America and Western Europe, those who buy high-end products both on and offline spend between two to four times as much as those who shop in just one channel.