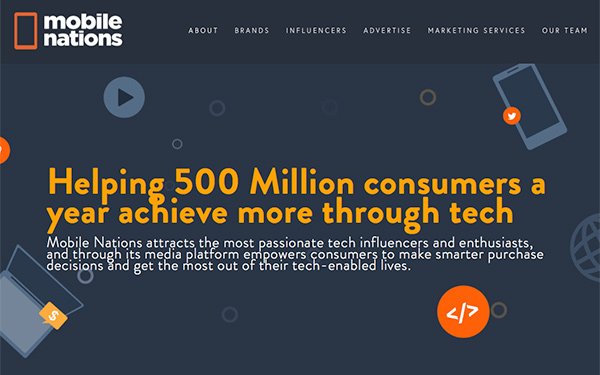 With the deal, Future plc will acquire brands like Android Central, iMore, Windows Central and Thrifter, culling an additional monthly audience of over 40 million.

Future plc’s acquisition of Mobile Nations is its fifth since January of 2018.

In addition to its acquisition of Purch for $128 million, it added NewBay Media for $13.7 million and five specialist consumer titles from Haymarket Media Group for $17.8 million. Future plc also acquired the home-interest division of Centaur Media plc, which saw its enterprise value set at $40.7 million.

The new titles allow Future plc to further establish itself in the consumer electronics market. Future plc now reaches over 120 million consumers across more than 100 brands in print, digital and events.

Future CEO Zillah Byng-Thorne stated: “The addition of Mobile Nations’ brands will deepen our presence and expand our opportunities to monetize our significant U.S. online audience.”

Byng-Thorne further stated the company has “identified a number of areas where we can share best practices as we continue to leverage our specialist media platform and diversify our revenue streams, both geographically and across our product offering.”

For its part, Mobile Nations closed out 2018 with revenues of $16.4 million.
electronics, m&a, online publishing
Next story loading