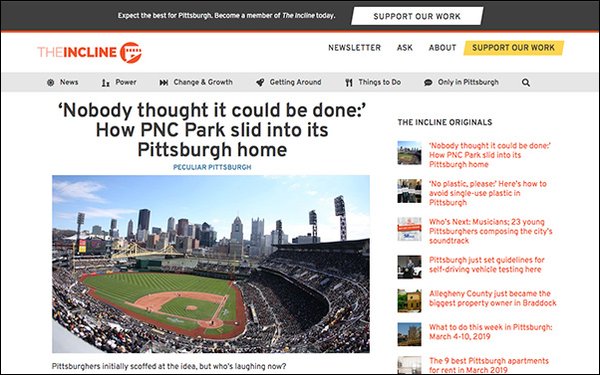 A month after it purchased TEN: The Enthusiast Network’s Adventure Sports Network, American Media Inc. is shuttering Transworld Snowboarding and the print magazine of Transworld Skateboarding.

The deal included 14 sport and outdoor magazines, including all TransWorld titles, Snowboarder, Surfer and Powder, among others.

Transworld Motocross and Ride BMX’s print products were closed down in February.

AMI announced the changes in a note to Transworld Skateboarding subscribers, obtained by Forbes today. The March/April 2019 is the last issue they will receive. For the remainder of their subscription, customers will receive Men’s Journal, another publication owned by AMI, but an odd replacement for skateboarding enthusiasts.

Social media was rife with posts from former Transworld Snowboarding employees reminiscing about the legacy of the 30+ year-old publication.

Separately, Spirited Media, a start-up network of local sites in Denver, Philadelphia and Pittsburgh, is offloading its publications to become a consultancy company.

The company is selling Denverite to Colorado Public Radio, and putting Billy PennandThe Incline up for sale.

Chris Krewson, vice president of strategy at Spirited Media, wrote in a Medium post: “The latest pivot reflects the reality of being a startup in these difficult times for the local media business. There is more money out there for companies like ours to help others do what we do via consulting than continuing to raise money to expand into new markets.”

The company was still building up its membership model, but it didn't move fast enough to keep the sites afloat.

CEO of Spirited Media, Jim Brady, took to Twitter to explain further: “Local news is hard. Fundraising for local news is harder. But we've started making considerable $$$ helping others with digital strategy, editorial and product consulting, so we're focusing on that and looking to leave our sites in reliable hands.”

Running — and funding — local news is no easy task; publishing giants like Gannett and McClatchy have swooped in to pick up struggling, independent newspapers.

Denverite has nearly 1,200 paying members, out of about 2,500 across all three sites, according to Nieman Lab.

Spirited Media is in talks with potential local buyers for Billy Penn and The Incline. “We’re hoping to have announcements on their futures in the coming weeks,” Krewson wrote.