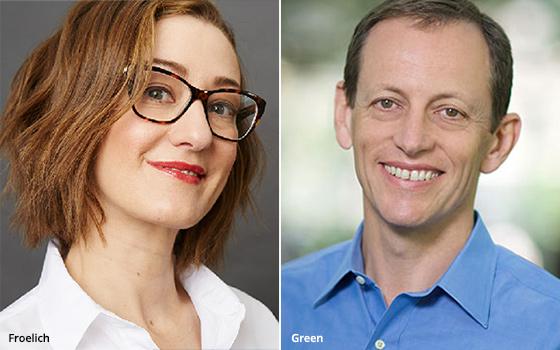 Newsweek had a tumultuous 2018, when the year culminated with the publication going its separate way from IBT Media in October. Now, the storied publication is moving forward with a fortified editorial strategy and new hires.

As CRO, Green will oversee new sales packages and partner strategy, with an additional focus on events and new verticals for Newsweek and its properties. Green joins the outlet as it looks to create more customized experiences for its advertisers, while still embracing premium programmatic advertising entirely.

“The editorial team has done an amazing job, focusing on topical subjects as diverse as blockchain to the future of food to the 50th anniversary of the moon landing. These subjects have natural intersections with companies that are either working in the same field or whose brand identity fits with the subject,” Dev Pragad, Newsweek's CEO told Publishers Daily.

Pragad says Newsweek is able to use its expertise across custom videos, as well as other efforts, to reach audiences. “We will do more events where we bring consumers, public institutions and brands together in-person to further the discussion. This has the virtue of creating great content and authentic advertising experiences for our clients,” Pragad said.

Prior to joining Newsweek, Green grew Magnetic from $1 to $100 million in revenue and was CEO of four other VC-funded businesses, including Giant Realm, PVI, Giant Bear and Sabela Media. He has also held roles at Pixar Animation Studios, The Walt Disney Company and the Japanese Market.

Hekking will be responsible for managing and growing existing account across multiple verticals that include spirits, automotive, travel and leisure and CPG, among others. He will also work alongside editorial and production teams to develop strategic initiatives.

Newsweek’s editorial staff is also expanding. It tapped journalist and best-selling author Paula Froelich to take on the complimentary senior editorial roles of editor of travel and lifestyle-managing editor of branded and native content.

Froelich will lead cultural coverage for the site, with a focus on travel and lifestyle news and trends, and manage the production of branded content, much of it within native formats.

Previously, she worked at Newsweek as a senior writer in 2014, but is known well for the decade she spent as deputy editor of the New York Post’s gossip column “Page Six.” She was also EIC of Yahoo Travel and has written for outlets like the Daily Beast, Playboy and the New York Observer.

Nancy Cooper, Global Editor-in-Chief of Newsweek, notes that the outlet has “historically focused on politics, world affairs, science, and major social and cultural issues.” She told Publishers Daily: “We want our readers, who are typically wealthier and further along in their careers than those of most digital publishers, to come to Newsweek for non-news content, too.”

Froelich joins Newsweek as it celebrates breaking major news, including James LaPorta’s story about the security breach during Trump’s visit to Iraq and a story centered on Jamal Khashoggi’s last interview, which resulted in a digital-only magazine cover and story that went viral across Twitter and Facebook.

The cover was later released in as updated print version that did well on newsstands. Cooper cites the work around Khashoggi’s death as an important example of how Newsweek is leveraging its digital and print platforms.