'Project Runway' Is Refashioned Without Heidi Klum And Tim Gunn 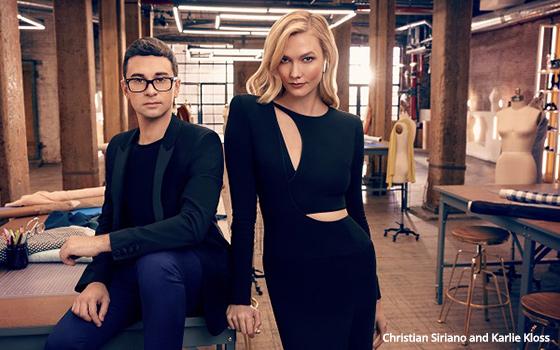 “Project Runway” returns for a new season this week on the network where it all began -- but without the two leading lights whose roles formed the very foundation of the show.

They are -- or were -- Heidi Klum and Tim Gunn, chief judge and mentor, respectively, who have apparently decamped for Amazon where they are supposed to be collaborating on new fashion-related content.

In their place are model Karlie Kloss, 26, and Christian Siriano, 33, one-time “Project Runway” winner (Season Four, 2008) and now a designer of gowns.

It is an understatement to declare that Karlie Kloss is no Heidi Klum. On “Project Runway,” Klum was not only a judge. She was positioned basically as the boss of the whole thing. And she played the role to perfection.

Kloss possesses none of her predecessor's gravitas. When Heidi Klum declared in each episode of “Project Runway” that “in fashion, one day you're in and the next day you're out,” you not only believed it, but as voiced by Klum, it could make the hairs on your arms stand on end.

As for the mentor role, Siriano appears to be supportive of the contestants and the progress of their creations. But like Gunn, he is not shy about dispensing advice. He was a great choice for this part in the show.

The question is: Does it really matter if Kloss and Siriano adequately fill Klum's and Gunn's shoes? The answer is yes and no. Klum is a big loss to the show. With all due to respect to Gunn, he is not.

In addition, when all is said and done, “Project Runway” is nearly the same as it ever was. And it could improve in its new incarnation if Kloss can be directed to step up her game.

A look at this week's 90-minute season premiere -- which Bravo provided for preview -- reveals that the essence of the show is largely unchanged: An eclectic group of contestants of different ages, backgrounds and family origins come together in New York to try to win a fashion-design contest.

They are to be judged by Kloss and fellow judges Elaine Welteroth, a fashion journalist, Brandon Maxwell, a designer, and Nina Garcia, editor in chief at Elle magazine and the only original cast member of “Project Runway” who is still on the show.

Long-time fans will recall that the show started on Bravo in 2004 and moved to Lifetime for seasons 6 through 16. It is now back at Bravo for its 17th season following a backstory that is much too complicated to relate here (nor is it particularly relevant).

The view from here is that the show no longer conforms to whatever it is Lifetime is doing these days in terms of content. And by the same token, Bravo is likely desperate for any brand-name show that might draw an audience, and is not about “Real Housewives” from somewhere.

So the show made the switch and lives to see another season. The show deserves credit for its durability. It is one of only a handful of shows from the early days of reality-competition TV that are still here. Others include “Survivor,” “Big Brother,” “Dancing With the Stars,” “American Idol” (which also switched networks) and “The Bachelor.”