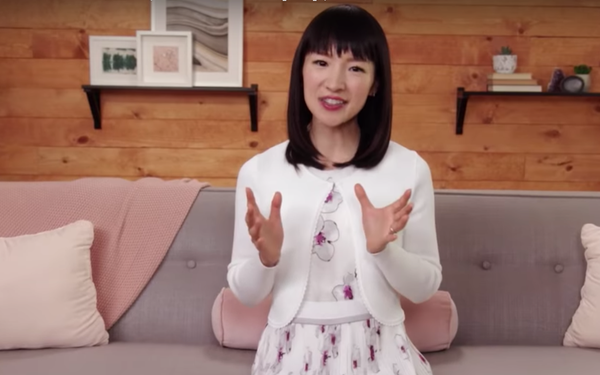 America’s love affair with “Tidying Up with Marie Kondo” isn’t just sparking joy in people’s closets and garages. A new report from the NPD Group says the Netflix hit show is causing a run on storage and organizational products. And Goodwill Industries says it is seeing double-digit increases in donations around the country.

NPD, a Port Washington, N.Y.-based market research firm, says that January sales of such products typically increase as people resolve to get more organized and back to business.

But this year, in the four weeks ending Feb. 2, sales of file storage sales are up 3%, packing products up 7%, and laminating up 10%. Sales of label printers gained 8%.

NPD also reports that sales of “The Life-Changing Magic of Tidying Up,” Kondo’s book, sold more in the first seven weeks of the year than it did for all of 2018. The researcher says she’s sold three million copies since 2014, and has spent 108 weeks on the best-seller list. (It’s currently No. 14.)

Kondo’s approach asks people to pile up all their belongings and then sort them, keeping only those items that “spark joy” before “thanking” the castoffs and then giving them away. Kondo herself is riding the celebrity wave, including appearances on "The Late Show With Stephen Colbert."

The trend has caused something of a stampede toward thrift shops, and Lauren Lawson Zilai, spokesperson for Goodwill Industries, says the organization has seen donations surge between 10% and 20%.

“It’s been great for Goodwill,” she tells Marketing Daily. “Our mission is job placement, and we certainly welcome donations that help us do that.”

Increases have been greater in certain markets, she says, with those in the Washington D.C. area climbing 30%, and up 20% in Roanoke, Va., and Grand Rapids, Mich. “Our Tampa locations have received 5 million pounds of donations more than last year,” she says.

And while some media accounts have quoted Goodwill retail employees who are less than thrilled with the mountains of cast-off T-shirts and button-missing jackets, she says Goodwill is happy to have anything that isn’t permanently stained, dangerous or rain-soaked. (Consumers do need to check with stores concerning local regulations on items like mattresses and electronics.)

“This is a cultural phenomenon that’s good for us, in terms of our mission, and we’re happy to be able to leverage it,” adds Zilai.

She says items that don’t sell in its shops are sent to stores where people can shop by the pound. And if they still don’t sell, “it goes toward textile recycling. Goodwill diverted three billion pounds from landfill last year.”