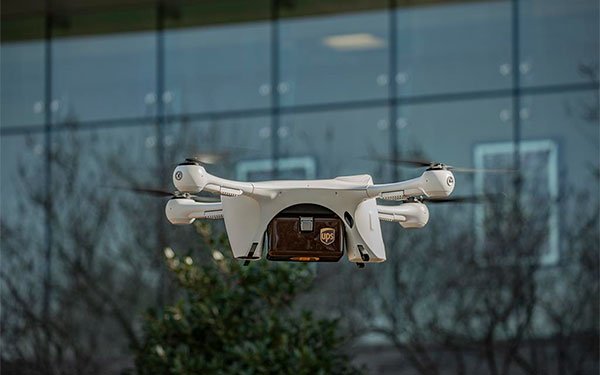 Drones have been used for light shows and have been tested for food and package deliveries -- and now UPS has started an actual commercial healthcare drone service to make daily deliveries of medical supplies.

The service, sanctioned by the FAA, involves the contracted delivery of medical samples in unmanned drones at WakeMed’s flagship hospital and campus in the Raleigh, North Carolina, metropolitan area.

The program is using the M2 quadcopter from Matternet, an autonomous drone technology company. The M2 is powered by a rechargeable lithium-ion battery and can carry medical payloads up to five pounds and fly just over 12 miles, as detailed in a UPS video.

The majority of medical samples and specimens previously have been transported across WakeMed’s health care system by courier cars. The drones will create an option for on-demand and same-day deliveries.

The drone system has been in test mode since last year, but was just sanctioned to begin commercial operation this week.

A medical professional loads the drone container with a medical sample or specimen such as a blood sample, and the drone then takes the package along a predetermined flight path. It lands at a fixed landing pad at WakeMed’s main hospital and central pathology lab, having been monitored along the way by a Remote Pilot-in Command (RPIC).

Drone deliveries are now getting real.