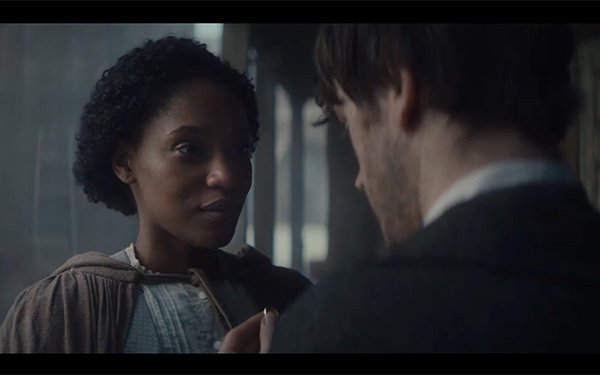 Ancestry.com is unveiling new work in Canada that repositions family history as a sort of personalized entertainment experience.

That makes a lot of sense. Especially for the wonky world of genealogy.

Still, the PBS show "Finding Your Roots," with renowned Harvard professor Henry Louis Gates, has done a lot to add dramatic storytelling flare to genealogy over the past eight or so years.

And to its credit, Ancestry has become a major sponsor of the program.

The Gates program is much more than a genealogy show. It takes a “life and times” approach the best biographers embrace to tell the stories of their subjects.

The new work in Canada is from Anomaly, which won the account late last year. The integrated campaign is kicking off with a series of three films designed to make viewers feel like they’re watching a historical drama.

The stories include a family grappling with the decision to leave Ireland for Canada during the Irish potato famine in the mid-19th century. There’s also the story of an interracial couple fleeing the U.S. to get married in Canada during the 1860s. Pretty compelling stuff.

“The stories of our ancestors can be just as entertaining and engrossing as anything a Hollywood writers’ room can cook up,” says Bill DeGroot, Canadian country manager, Ancestry.  “By exploring our family history, we can play a role in uncovering that drama.”

Bill, you’re preaching to the converted. I’m a "Roots" fan. The stuff Gates and his team come up with is almost magical at times.

According to the agency, additional campaign elements will roll out in subsequent weeks, using visual techniques to show the gaps in family history. It invites fans of the brand to use tools and AncestryDNA kits.

For me, the DNA kit was a bit underwhelming. It basically told me my people were of Northern European stock. I knew that.

But it was nice to confirm it. And the DNA testing can be somewhat shocking for some, as the Gates program has shown on a number of occasions.

The big question, for most consumers who are at all interested in tracking their family roots, is how much and for how long you want to commit to Ancestry (or competitors like 23andMe) financially for additional tools and access to records that enable a deep dive into family history.