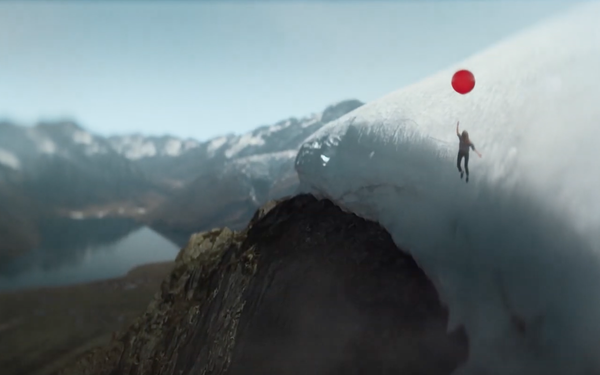 Mazda is using one of the spring's biggest sporting events to break the second installment of its “Feel Alive” campaign.

Aiming to evoke wonder and inspiration, the spot shows a woman grabbing her car key fob -- but instead of opening the door, she is suddenly attached to a red balloon, floating through space over beautiful and changing landscapes. The red balloon transforms into a red Mazda3, which prompts her to have that same feeling of freedom.

The spot features Haley Reinhart covering “Dreams” by The Cranberries and is directed by John Hillcoat. known for his Apple spots, films and TV series “Black Mirror.”

“The launch of the reimagined Mazda3 and our new generation of vehicles allows us to push our work further than where we have been in the past,” Dino Bernacchi, CMO for Mazda North American Operations, tells Marketing Daily.

“This new campaign is an evolution of our message, one that provides an uplifting feeling through our work and our cars -- one that truly makes our target ‘Feel Alive,’" he adds. "This evolution generated work that is more personal, more emotional and more connected to the individual.”

“While the campaign has resulted in achieving our goals of increasing brand interest and consideration, we knew that for our next-generation product, we had to evolve our message to signify this new era for the brand,” Bernacchi says.

The Mazda3 media plan includes increased digital video and social support. It includes new brand partnerships, content creation and activation at retailers that will launch throughout the year.