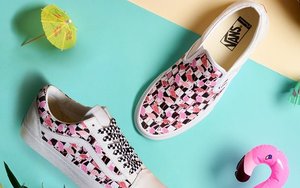 Today’s teens are fervent about their brand choices, but those choices are in flux, according to the latest survey from Piper Jaffrey. For the first time, Ulta is beating Sephora. Preppy looks like Vineyard Vines are falling out of favor. And when they’re hungry, nothing makes teens as happy as a trip to Chick-fil-A.

Several brands hit all-time highs in the survey, including iPhone (83% of teens in the study have one, although intent to purchase one is declining), Vans and Lululemon. Boys’ spending on video games hit a new peak at 14%, although food continues to be their favorite category.

And for the first time in its long-running "Taking Stock With Teens" survey, Piper Jaffrey asked kids to weigh in on their favorite causes. Ninety percent were passionate about their response, with immigration and climate change ranking highest, closely followed by racism, gun control and gender equality. Favorite celebrity? Singer Ariana Grande, followed by President Trump, LeBron James and Kevin Hart.

On average, the teens in the semiannual survey are 16.3 and come from homes with an average household income of $67,700.

Piper Jaffrey uses Pew’s definition of Gen Z, focusing on those born between 1997 and 2012.

The study tracks brand preferences of 8,000 kids in 47 states and measures the impressive retail clout of these young consumers. Teens report that they spend $2,600 a year, which analyst and lead author Erinn Murphy calculates amounts to some $77 billion in total, up 6% from the last survey, and about 1% higher than a year ago.

But it’s also a barometer of fashion shifts, which eventually impact the way older consumers shop, too.

A key continuing trend, Murphy writes, is the casualization of fashion. Kids seem to live in their sneakers, with 72% of girls naming an athletic brand as their favorite overall footwear, and 84% of the boys. Nike, while its share is falling, continues its long reign as top footwear brand at 41%, followed by Vans at 20% and Adidas at 13%.

Asked which brands are on the outs, male teens in the upper-income brackets says they’re ditching Under Armour (15%), Nike (12%) and Gap (10%.) And girls in the higher bracket say they’re shunning Justice, Aeropostale and Hollister.

While Snapchat is their favorite social media platform, they use Instagram more -- and Instagram also continues to be teens’ preferred channel for checking out brands.

Meaningful shifts are emerging in beauty. For the first time, retailer Ulta bumps Sephora out of the top spot, and while teens love online shopping — 50% say Amazon is their favorite website — 90% of the girls in the study say they prefer to shop in physical stores for beauty products, rather than online. But online research is key, with 80% saying they get beauty inspiration from influencers like Kylie Jenner and James Charles. And for the first time, D2C brand Glossier makes the top 10.

Chick-fil-A retains its top spot among teen restaurants for three surveys in a row, with Starbucks and McDonald’s right behind.