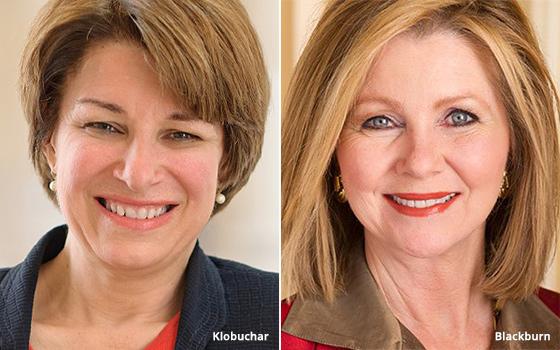 Two Senators are expressing concerns to the Federal Trade Commission about the data practices of Google, Facebook and other tech companies.

“The intensive collection and monetization of consumers’ personal data by digital platforms, as well as reported breaches of consumer data held by these companies, has raised significant questions regarding privacy and data security,” Sens. Amy Klobuchar (D-Minnesota) and Marsha Blackburn (R-Tennessee) say in a letter sent to the agency this week.

The lawmakers add that the large market share commanded by Google, Facebook and Amazon “has amplified concerns about how those companies protect consumers’ online information and about possible anticompetitive conduct that could harm consumers, innovation, and small business growth.”

“As Congress considers legislation to enact stronger safeguards for consumers’ online privacy, we urge the FTC to use its existing authority to protect the privacy and security of consumers’ online data,” they write. Klobuchar and Blackburn call particular attention to concerns that Facebook may share data between WhatsApp, Instagram and Messenger -- three services the company intends to integrate.

The lawmakers also want the FTC to reveal whether it is investigating Google or other tech platforms over privacy.

“We understand that the FTC does not typically comment on nonpublic investigations, but the public discussion surrounding Google and other companies’ conduct have made this a uniquely important national issue,” they write.

In recent years, advocacy groups have urged the FTC to probe Facebook and Google over a host of practices. For example, last December, advocacy groups alleged in an FTC complaint that Google dupes parents by offering apps that violate children's privacy in the Play Store's “Designed for Family” section. And last April, the Electronic Privacy Information Center asked the FTC to investigate Facebook's use of facial recognition technology, which enables the company to identify people based on photos uploaded by their friends.

FTC investigations aren't public, but last March the agency took the rare step of confirming that it was probing Facebook's data transfers to political consultancy Cambridge Analytica, which obtained information for up to 87 million users of the social networking service.

Klobuchar and Blackburn are now asking the agency to disclose other non-public investigations that “may be of significant public interest.”