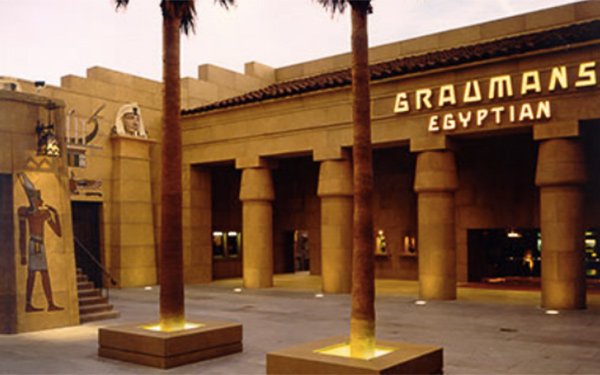 Netflix is in talks to purchase the famed Egyptian Theatre in Hollywood from American Cinematheque — a move that could help it appease industry executives when it comes to big movie awards, according to reports.

Netflix has been criticized for looking to garner big Academy Awards/Oscar awards for its movies -- films primarily intended to run on its subscription video-on-demand streaming service.

For its Oscar-nominated “Roma” last year, Netflix ran the film in a short three-week run -- November 21 to December 14  -- in a limited number of movies theaters. After that, the movie moved to Netflix’s streaming video platform. The film was then nominated by the Academy of Motion Pictures Arts and Sciences for Best Picture.

But this was a compromise, analysts say. Netflix executives' eventual strategy is for Netflix-produced movies to run in theaters concurrently -- and premiering at the same time -- while airing on its SVOD platform.

Film director Steven Spielberg has publicly disagreed with its strategy. Recently he proposed that the Academy ban Netflix movies from Oscar contention unless Netflix movies have an exclusive theatrical “window” of four weeks.

Netflix has an existing relationship with independent theater chains, including Landmark Theaters and IPIC theaters.

If the deal were to close, reports say Netflix programming would run on lower-revenue producing weekday nights, while the nonprofit Cinematheque would program screenings, lectures, and festivals on higher-volume weekends.

Netflix representatives did not respond to inquiries by press time.