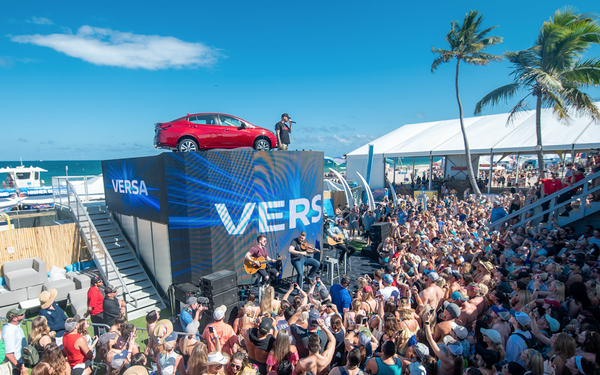 Automakers are getting ready to roll out some new wheels in the city that never sleeps. Press days for the New York International Auto Show are Wednesday and Thursday, but the action starts on Tuesday.

Jaguar Land Rover is launching an urban-themed marketing campaign for the Range Rover Evoque, “Live for the City” at the newly renovated Jaguar Land Rover Manhattan retailer on Tuesday evening. JLR is also previewing the redesigned 2020 Jaguar XE and high-performance Range Rover Velar SVAutobiography Dynamic Edition. Both vehicles will be making their North American debut at the show.

The “Live for the City” campaign includes a 10-city tour in which local photographers examine the idea of refinement in their hometown through the lens of the Evoque. The event will showcase the latest installment of the campaign for NYC. It taps into the unique positioning of the new Evoque as the ideal city vehicle -- balancing capability with a design statement.

The integrated campaign will feature a variety of television and social spots, as well as out-of-home activations in key markets such as New York, Chicago and Los Angeles

Also on Tuesday evening, Nissan will introduce the new GT-R 50th and 50th Anniversary 370Z at a media reception. Nissan unveiled the 2020 Versa ahead of the auto show at the Tortuga Music Festival in Fort Lauderdale this past weekend. Nissan worked with TBWA and Live Nation to create the Versa Village consumer activation, says Claudia Marquez, vice president of sales operations, Nissan North America, Inc.

"We chose to take the company’s new subcompact car out of the auto show circuit and instead introduce it straight to its target consumer, Gen Z and millennials, in the middle of a beach music festival,” Marquez tells DriveTIme. “It was a significant departure from the traditional auto show to see a sea of young people surrounding the stage with country music star Kane Brown performing, instead of executives and media in suits.”