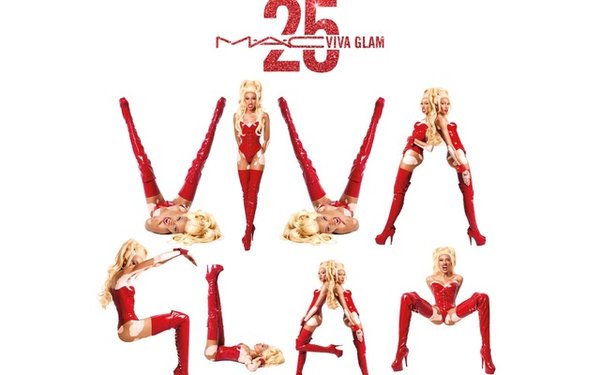 M·A·C Cosmetics is celebrating 25 years of cause marketing in a new Viva Glam campaign, with Canadian model Winnie Harlow recreating the RuPaul campaign that put brand-led AIDS activism on the map.

While the company was founded in 1985, it wasn’t until 1994 -- the year Estee Lauder acquired a controlling interest -- that it launched Viva Glam lipstick, with a campaign that made performer RuPaul the first transgender model to win a major beauty contract.

Many aspects of the campaign broke new ground, including its transparency, with every cent of each sale going to AIDS and HIV prevention.

It's also been constantly reinvented. Over the years, celebrity partners have included Sia, Lady Gaga, Ricky Martin and Ariana Grande, generating $500 million. Viva Glam has also been far-reaching in its contributions, partnering with more than 1,800 organizations, ranging from Planned Parenthood to the United Nations Foundation to God’s Love We Deliver. It also set a standard for employee engagement and sweat activity, with employees and makeup artists donating thousands of hours to work in the community.

Harlow, who was born in 1994 and wore the red-patent leather RuPaul get-up as a Halloween costume this year, is herself an activist: a public spokesperson for vitiligo, a skin condition.

M·A·C’s credo -- "All ages, all races, all genders” -- has evolved from the social fringe as the company became the world leader in prestige lipsticks and one of Lauder’s $1 billion-plus brands. The company says it sells 2.5 M·A·C lipsticks every second.

It’s also dominating in social-media influence. At a presentation for investors last month, John D. Demsey, executive group president of the Estée Lauder Companies, relayed how it turned Marrakesh, an existing shade in China, into a worldwide sensation. Marrakesh typically sold about 700 units per month. But then Chinese consumers began warming to the color of red pears, and as the fashion trend gained momentum, MAC worked with influencers using social platforms like Vevo and WeChat to promote the very pear-like shade of Marrakesh.

Sales of Marrakesh increased to 230,000 units in a month. (Sales have now settled down to an average of 150,000 per month around the world.)

Other new experience strategies include partnering with Strike of Kings, a video game played by many Chinese women.

It also continues to build on cultural events, recently announcing  the Disney Aladdin Collection by M·A·C, launching this May, promising to help people everywhere find “the self-determination and confidence of Princess Jasmine.”

health and beauty aids
1 comment about "MAC Celebrates Cause Marketing With RuPaul Throwback".
Check to receive email when comments are posted.
Next story loading