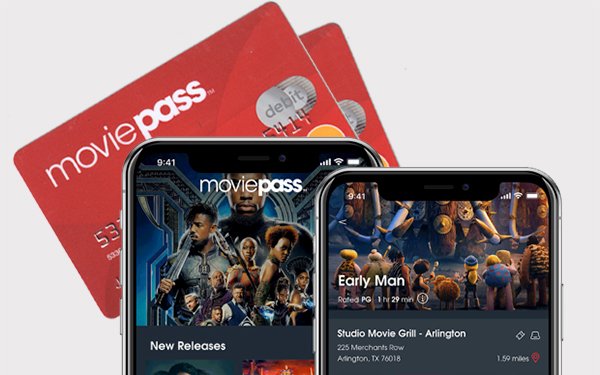 MoviePass has seen a dramatic reduction in the number of subscribers for its monthly subscription theatrical movie service, according to one report after a series of revised pricing plans.

The movie ticket subscription services now has around 225,000 subscribers, according to Business Insider. This is down dramatically from a high of 3 million subscription a year ago.

MoviePass representatives had no comment at press time. The share price of Helios & Matheson Analytics, which owns 92% of MoviePass, was down 7% in Thursday morning trading to $0.0039.

In June 2018, MoviePass said its business rose to 3 million subscribers due to its significant drop in pricing -- its $9.95-a-month plan -- allowing users to see one movie a day. This plan started a year before in August 2017, when it nixed its $50-a-month plan, when it had 20,000 subscribers.

Then in August 2018, MoviePass was reported to have financial difficulties. A restatement of nine months of financial results in 2018 of Helios & Matheson showed the company had a net loss of $256.4 million, slightly above the previous comparable period.

MoviePass then went through a series of new pricing plans with limited movie choices. In one plan, set in August 2018, users could see three films a month.

The most recent one occurred last month with “Uncapped,” priced at $14.95 per month ($9.95 per month for a 12-month subscription period) allowing customers to see one movie per day.

But MoviePass added that the new deal “is subject only to managing network demand and availability.” According to analysts, that can be restricted in a big way by not always giving access to users when it comes to high-demand movies -- big blockbuster movies.

The company said: “MoviePass believes it is now able to offer casual moviegoers (comprising the vast majority of the movie-going public) a far wider selection of movies than under its most recent plans.”

Also in March, the company announced a broader expansion of its business.

“Our new business model no longer depends on achieving revenues from studios or exhibitors to succeed, but instead will prioritize the economic relationship among our MoviePass subscription service, MoviePass Films production business and Moviefone multimedia media information and advertising service.”