AT&T Has So-So Q1, But WarnerMedia, Wireless Hold Their Own 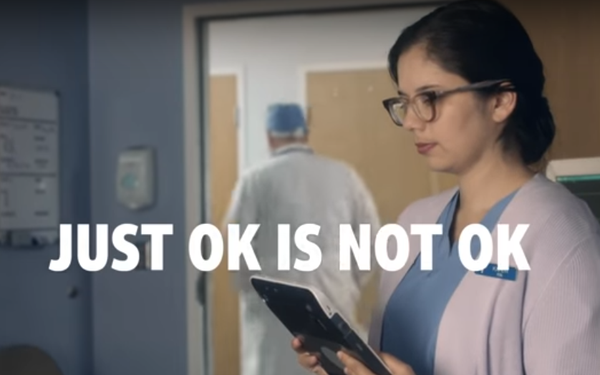 AT&T’s first-quarter revenues, announced Wednesday, fell short of expectations, but it had solid results in its wireless division, and with WarnerMedia.

The AT&T cellphone business added 80,000 customers, a much better outcome than the decline of 44,000 analysts had predicted.

The wireless division makes up 40% of AT&T’s total operating revenue, but its $17.57 billion in revenue fell slightly short of projections, apparently because of heavy promotions during the quarter, which included the new ”Just OK is not OK” and controversial “5GE” campaigns.

WarnerMedia, the new name for AT&T’s newly acquired division that includes HBO, CNN and other cable networks, also showed gains in all its units and a 11.6% increase in operating income, to $2.2 billion.

With the acquisition of Time Warner, AT&T took on massive debt, now totaling $169 billion. It’s now focused on reducing that amount. Among cost-cutting measures, the company is selling its stake in Hulu for $1.43  billion, and getting rid of its new skyscraper in New York’s Hudson Yards development for $2.2 billion.

“Our first-quarter results show that we’re delivering on what we promised,” said Randall Stephenson, AT&T chairman and CEO. “We’re on plan to meet our de-leveraging goals with strong free cash flow and asset sales. We grew Entertainment Group EBITDA in the quarter and are confident we’ll meet or exceed our full-year target.”

But AT&T shares were trading down 4.86 at 2 p.m. on Wednesday, showing some investors are not convinced. "Altogether, AT&T's collection of assets remains challenged," wrote Jonathan Chaplin, an analyst with New Street Research, according to Yahoo.  He called the results  “just okay,” tweaking the AT&T wireless campaign tagline.

The problem, as it has been for a while, is at DirecTV and U-Verse, which lost 544,000 subscribers in the quarter. The digital virtual cable product, DirecTV Now, is not much better. It lost 83,000 subscribers, which actually sounds better than the 267,000 it lost in 2018’s Q4.

DirecTV Now competes with Playstation Vue, Hulu TV and YouTube TV in a digital business that appeals to cable (and satellite) cord-cutters who still want network channels. Though that’s a growing number, it appears that growth is slowing down, with more consumers concluding that they can live without “old” television fare, from broadcast networks like CBS and cable outlets like USA. DirecTV Now recently raised its rates, possibly reminding consumers, sourly, of their experience with cable operators in the past.

AT&T wireless and Verizon are locked in a battle for supremacy in the still (very) nascent 5G competition for customers, but the cellphone market is saturated, making growth problematic.

AT&T’s 5GE campaign, which tried to repackage its improved 4G phone service as 5GE (the “E” standing for Evolution, a fact the company mentioned only here and there), shows the cutthroat nature of competition in the mobile market, which of course includes Sprint and T-Mobile.

Sprint, in fact, sued to stop the ads, and in its own ads said AT&T was peddling “fake 5G.” The suit is on the way to be being settled “amicably,” both sides reported on Tuesday. The fate of the ads hasn’t been announced.