Mtn Dew Gets Celebs To Help Fans Get Time Off 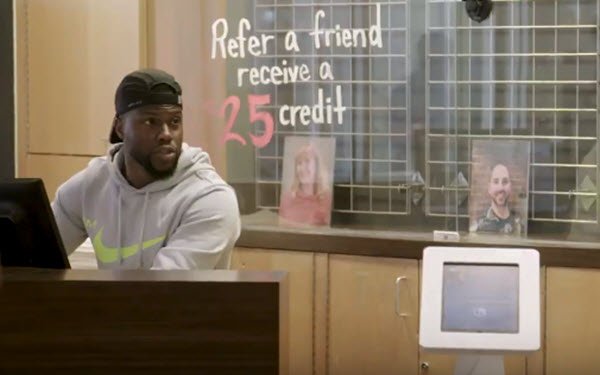 Mountain Dew’s latest appeal to its young, primarily male base has the brand tapping Kevin Hart and pro athletes to help fans get time off to “do more of what they love.”

The Dew Time Off (D.T.O) campaign — an extension of its “Do the Dew” platform — says the brand is “removing the barriers that get in the way of their passions.”

The first in a three-part video series (below) being featured on the brand’s social channels captures comedian Kevin Hart (also above) taking over one fan’s job in a Philadelphia gym for a day, so the fan can spend the day skateboarding.

The two other videos — produced by Commondeer and directed by Rob “Whitey” McConnaughy — will launch next month, and feature as-yet-unrevealed NBA and racing stars stepping up to do fans’ jobs.

The campaign also includes a sweepstakes offering 10 grand prizes of $1,000 checks meant to help the winners pursue their passions. Entrants need to post on Instagram or Twitter about how they would spend their D.T.O., using @MountainDew and #DTOSweepstakes.