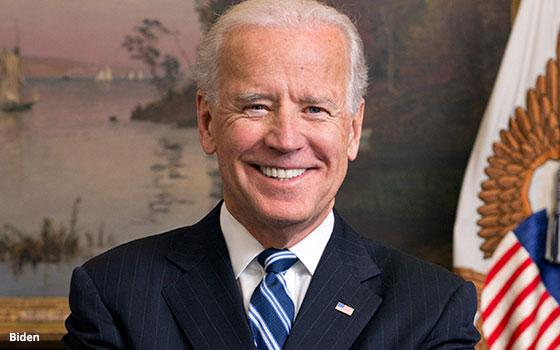 Whatever his other assets and debits, former Vice President Joe Biden has one clear advantage going into the 2020 Presidential primaries: Barack Obama’s 2012 campaign email list.

That list, which reportedly drove more than $500 million in donations in 2012, is now apparently at Biden’s disposal. He was a member of that ticket, giving him a leg up on other contenders.

The fact came to light when Biden supporters received an email from Biden’s American Possibilities PAC asking them to sign up for updates.

Some had not registered for PAC emails, but had put their email addresses on the Obama list. A Biden spokesperson confirmed that the PAC has access to the Obama file, according to the Daily Beast.

It is not known how accurate the list is after eight years. Certainly, there has been churn, and some donors may even have gone over to Donald Trump in 2016.

Still, the Beast calls the list "one of the most valuable pieces of infrastructure in all of politics." It was made available for the use of the Democratic National Committee in 2016, and presumably was updated.

Biden is not considered a stellar fundraiser, the Daily Beast notes. However, reports state he has started his campaign by raising $6.3 million in one day.

Candidate Bernie Sanders has declined to provide his own email list to the DNC. It included the addresses of around 2.8 million small donors who shoveled $218 million into the 2016 Sanders campaign, and has doubtless grown since.

Sanders responded to Biden’s entry into the race on Thursday with an email requesting donations, according to Axios.

With the subject line, "Joe Biden," the email said: "It's a big day in the Democratic primary and we're hoping to end it strong. Not with a fundraiser in the home of a corporate lobbyist, but with an overwhelming number of individual donations in response to today's news. Contribute before midnight. It would mean A LOT to our campaign."