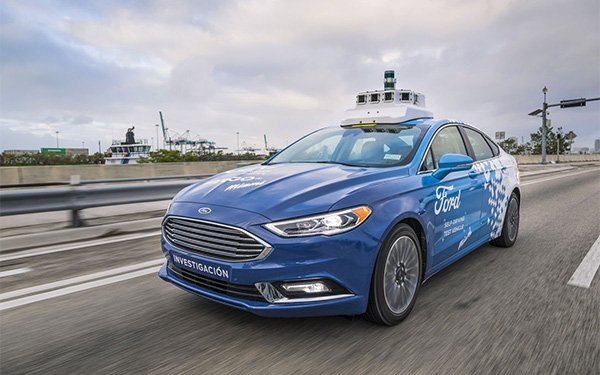 Despite a very vocal minority who will go to their graves kicking and screaming as they grip their steering wheels, consumers are giving more consideration to self-driving cars.

Online automotive marketplace CarGurus uncovered a perception shift over the past year, with consumers expressing greater enthusiasm for self-driving car development overall, and also showing a stronger likelihood of owning a self-driving car in the next 10 years.

The 2019 CarGurus Self-Driving Car Sentiment survey found the percentage of respondents excited about the development of self-driving cars increased from 21% in 2018 to 32% in 2019. The percentage concerned about autonomous cars decreased from 47% to 37%. Almost one-third (28%) said they could own a self-driving car in the next 10 years, more than double the 13% from last year.

CarGurus also asked respondents whether they were ready to take a ride in self-driving cars provided by services such as Uber and Lyft, with 35% of people who currently use ride-hailing services likely to take a ride from these services in a self-driving car. (Count me among those, since it would mean no small talk, no cologne, and no driver’s choice music.)

Of those who currently use ride-hailing services, Uber’s longevity seems to be a factor, with 22% saying they trust Uber the most to develop a self-driving car, while 13% trust Lyft.

Looking into which companies consumers trust the most to develop self-driving cars, the survey found that similar to last year, Tesla (despite some bad publicity over the past year) remains most trusted.

Almost a third (29%) say they trust Tesla most to produce a self-driving car, up from 25% in 2018. The next-most-trusted companies to produce a self-driving car are Toyota, chosen by 9% of respondents, and Waymo (Google) with 7%. Interestingly, 17% of respondents selected "None" for which company they trust -- a shift from the 27% in last year's survey.

I expect Rivian might get some votes next year as more consumers learn about the company, which just got a huge boost from Ford as it plans its first electric adventure vehicle with level 3 autonomy to be available in 2020.

"These benchmarked results demonstrate that today's consumers are becoming more comfortable with the idea of either owning an autonomous vehicle, or having them on the road, and it will be fascinating to continue to monitor this perception shift,” Gross says.