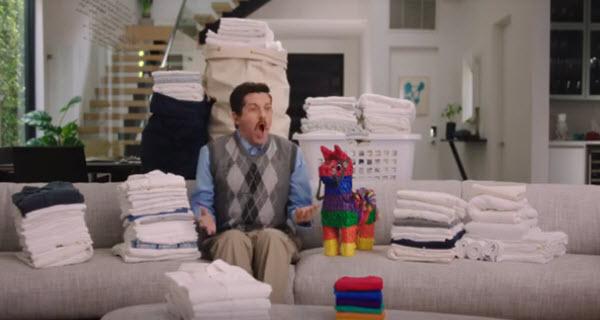 As with all holidays, it can't be easy coming up with new angles on Cinco de Mayo year after year.

But you can’t say that Jose Cuervo isn’t trying.

This time, the tequila brand is running a social-based sweepstakes with a grand prize of laundry service for a year (awarded in the form of a check for $1,440).

The connection? The holiday falls on a Sunday this year. And according to the brand, Sunday is a day its fans “usually reserve for chores to prepare for the week ahead.”

So, with laundry — “the worse chore of all” — taken care of, Cuervo fans can instead “maximize their margarita time” on Cinco Sunday and other Sundays during the year, the brand declares.

To promote the sweeps, Cuervo has released a 60-second video starring Latin Grammy-nominated DJ Dillon Francis (above and below).

Entering requires following the brand on Twitter and/or Instagram and tweeting or posting a photo or video on the theme of how you'd spend your free time on Sundays if Cuervo had your laundry done for you, mentioning @JoseCuervo or @JoseCuervoTequila, #CuervoDoMyLaundry and #Sweepstakes.