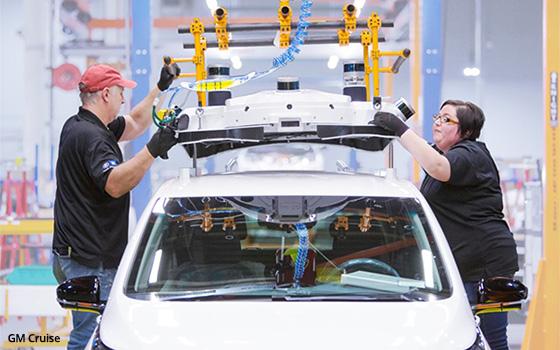 The investment brings Cruise’s valuation to $19 billion. The autonomous driving division has secured capital investments totaling $7.25 billion, according to the company.

“Developing and deploying self-driving vehicles at massive scale is the engineering challenge of our generation,” Cruise CEO Dan Ammann stated in the investment announcement.  “Having deep resources to draw on as we pursue our mission is a critical competitive advantage.”

This is just the latest in a continuing stream of funding for autonomous vehicles.

automotive, iot
1 comment about "GM's Self-Driving Division, Cruise, Gets $1.15B Investment".
Check to receive email when comments are posted.
Next story loading