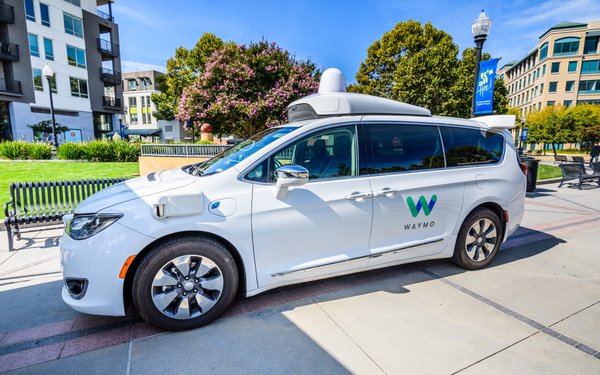 Self-driving cars from Waymo are joining the Lyft fleet of ride-hailing cars in the Phoenix metro area.

The partnership between Lyft and Alphabet subsidiary Waymo involves adding 10 Waymo vehicles onto the Lyft platform so residents can select a Waymo car directly from the Lyft app.

“This first step in our partnership will allow us to introduce the Waymo Driver to Lyft users, enabling them to take what for many will be their first ride in a self-driving vehicle,” states Waymo CEO John Krafcik, in announcing the deal.  “We’re committed to continuously improving our customer experience, and our partnership with Lyft will also give our teams the opportunity to collect valuable feedback.”

In their IPO filings, both Lyft and Uber somewhat backed off the idea of self-driving cars coming from the ride-hailing services anytime soon.

Despite lack of consumer enthusiasm for self-driving cars, the industry is moving ahead, at least from an investment standpoint.

Just this week, General Motors’ Cruise division received an equity investment of $1.15 million from a group including Honda and Softbank, following other major investments by companies including Toyota, Ford and self-driving truck startup TuSimple.

Now, all eyes will be on the Phoenix market to gauge resident reaction.

automotive, iot
1 comment about "Lyft, Waymo Team To Launch Robo-Taxis In Phoenix".
Check to receive email when comments are posted.
Next story loading