In Age Of Time-Shifted Viewing, Networks Stay On Schedule 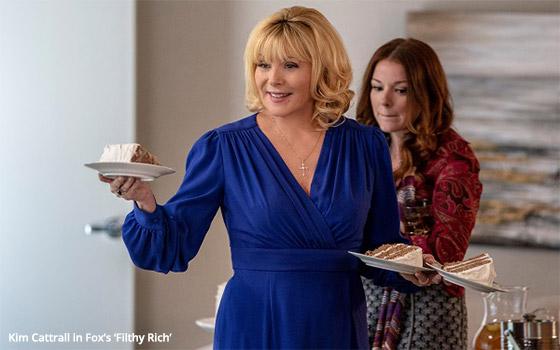 It seems so quaint, doesn’t it? TV networks, in this day and age, announcing their fall schedules according to such antiquated notions as the day and time.

This week’s network upfront presentations in New York, in which the prime-time schedules take center stage, show the broadcast networks continuing to straddle that thin line between the past and the future.

In many ways, the past and future are here colliding in the present, where that thin line is located. The past is represented by TV program schedules in which shows are slotted the old-fashioned way -- by counter-programming them against what the other three networks have on.

Incredibly, the broadcast networks still do this, although so much of their competition in these time periods is coming from sources other than their direct competition -- basic cable, for example, which also schedules its programs in this linear manner, plus all manner of other attractions and distractions -- from streaming to gaming.

The future is represented by the growing habit among many viewers to watch their shows at times of their own choosing.

For those who still set their DVRs to record, knowing the time that a show is on remains helpful. But the so-called “future” of ignoring network TV schedules altogether is already here. And it is here to stay, and growing.

The networks have been walking this tightrope for a while now: Serving the advertising community -- and viewers who are still beholden by force of habit to watching scheduled “linear” television -- with programming schedule charts with all those rows of horizontal bands containing their shows and their competitors’.

At the same time, all of the networks offer their programs -- now known as “content” -- in any number of alternative ways, including on their own Web sites and also through licensing arrangements with the SVOD services. And they are also in the business of growing their own streaming services.

And while they ballyhoo their new linear lineups for next fall at this week's upfronts, they are also talking up their digital growth -- particularly where digital viewership creates opportunities for advertisers here at the outset of the upfront selling season.

It’s good to be a TV network, isn't it? Even when your old ways of doing business appear to be irreversibly slipping slowly away, ad sales are still measured in the tens of billions of dollars.

The Wall Street Journal said this week the networks will “collect $67.23 billion” in ad revenue in 2019. This spring’s upfront season alone is expected to bring in $21.25 billion in fall season spending commitments, the WSJ said.

Somehow, for the time being, and perhaps for a number of years to come, network television might still be able to straddle this tightrope -- devising linear TV schedules year after year while also preparing for the tipping point when time-shifted viewing becomes so pervasive that linear schedules will become superfluous.

How much do you want to bet the networks will be more than ready when that happens?