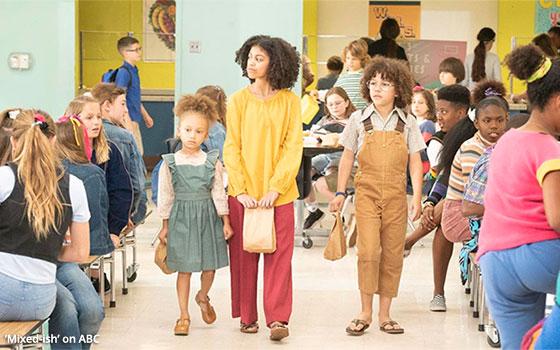 Touting its most stable prime-time lineup in years -- as well as having marketing concerns when it comes to TV show promotion -- ABC is debuting only three new scripted shows this fall, for the 2019-2020 TV season.

“Networks just don’t have the marketing budgets to launch shows properly or give that many messages to viewers,” says Karey Burke, president of ABC Entertainment, speaking at a press conference before ABC’s upfront presentation. “You end up having shows that suffer for not having those strong campaigns.”

Burke worries that in a world of premium TV programs everywhere, it’s tough to get viewers’ attention.  FX Networks pegs the linear TV and digital platform shows at around 500.

Currently, ABC is in third and fourth place among all major broadcast networks, in terms of total viewers (a Nielsen 5.7 million) and 18-49 (1.3 rating/6 share), respectively. These Nielsen numbers are season-to-date ratings through May 5 -- live program plus seven days of time-shifting data, plus live program same viewing for the most recent weeks.

For sometime now, ABC has seen ratings pressure; it doesn’t have big prime time or weekend top-rated sports programming series’ when compared to other networks. (ABC does air the NBA Finals in June.)

In explaining ABC effort to launch just three shows in the fall (and three more throughout during midseason), Burke says the long-term strategy is to “stay the course.”

“It's enough to only bring on the few shows that we really think can break through -- to get out of, what we call, the tremendous churn that tends to happen when you bring on so many new shows.”

For ABC this fall, it is launching comedy “mixed-ish” -- from the creators of “black-ish,” which gets the Tuesday 9 p.m. time slot. It is about a women’s experience in growing up in a mixed-race family in the ‘80s.

On the same night, “Emergence” goes at 10 p.m., about a police chief who takes in a young child she finds near the site of a mysterious accident and who has no memory of what has happened.

On Wednesdays, it starts another drama, “Stumptown,” a graphic novel series about an army veteran with a complicated love life, gambling debt and a brother to take care of in Portland, Oregon. It goes at 10 p.m.

Three other shows start midseason: “For Life,” a drama about a prisoner who becomes a lawyer for other inmates while fighting to overturn his own life sentence for a crime he didn't commit.

Another drama,“The Baker and The Beauty,” focuses on a young man working in his Cuban parents' bakery in Miami, who meets and eventually dates an international superstar and fashion mogul. This results in their families’ culture clashes.

The comedy “United We Fall,” is a family sitcom where parents of two young kids are united against all comers - family members and as well as outsiders.