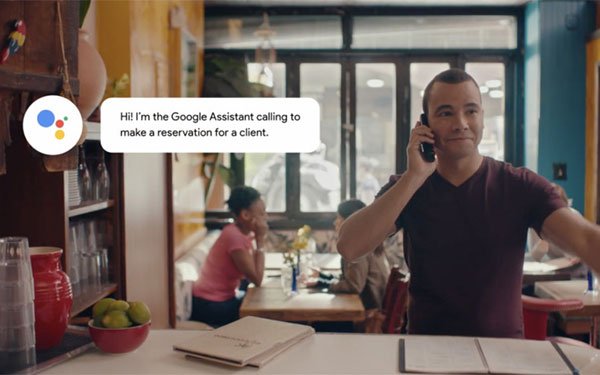 Artificial intelligence voice technology may be evolving and advancing, but that doesn’t mean consumers are necessarily comfortable with it.

Google last year introduced Duplex, a voice assistant that could call restaurants or other businesses and make a reservation using lifelike voice interactions.

Consumers may not be so trusting of such conversational commerce AI technologies. A new study finds that the majority (73%) of consumers are unlikely to trust an AI-powered voice assistant to make simple calls for them correctly.

The study comprised a survey of 500 U.S. adults who called businesses at least three times in the past six months, conducted by Clutch and Ciklum.

Most (81%) people say that AI-powered voice assistants need to declare they are robots before moving forward with a call.

Consumers also are not looking kindly on trickery, with 61% saying they would feel uncomfortable if they believed they spoke to a human and later learned it was a robotic AI-voice assistant.

Comfort with AI-powered email assistants is not high either, with 70% of consumers saying they are unlikely to trust it to correctly answer simple messages for them.

While the capabilities of conversational AI are evolving and improving, the actual conversation seems still to be mostly one-way.