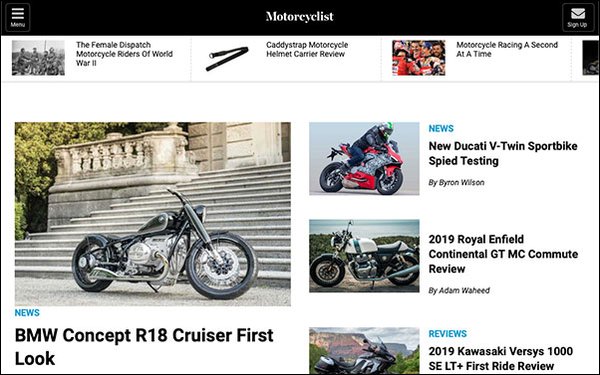 Bonnier Corp. is shutting down the print edition of enthusiast magazine Motorcyclist after the July/August issue.

The brand will continue online at motorcyclistonline.com and on social and video platforms.

“Like other enthusiast-content segments, motorcycle readership has evolved to a truly digital audience,” stated Andy Leisner, senior vice president, managing director of the Bonnier Motorcycle Group. “There have been substantial shifts in consumer content preferences, as well as advertisers’ desire to reach motorcycle consumers on these growing digital platforms.”

Editor-in-chief Chris Cantle and his staff will continue to work for Motorcyclist, a 100-year-old brand.

Cantle told Motorcycle.com that he and senior editor Adam Waheed “are the only Bonnier staff dedicated exclusively to the Motorcyclist brand.”

According to a report from magazine trade organization MPA, Motorcyclist was one of the 22 top magazine brands in terms of audience growth.

Motorcyclist has over 630,000 YouTube subscribers, who tune into series like “On Two Wheels,” “MC Garage” and “MC Commute.”

All existing Motorcyclist staff and production resources "will be shifted to address the growth on these channels," a statement reads.

Bonnier has previously shuttered the print magazines of its other motorcycle-enthusiast brands, such as Hot Biker, Dirt Rider and Sport Rider. It cut Cycle World to a quarterly last year.

Over the past three years, a dozen motorcycle titles have folded or gone all-digital, according to New York Post.