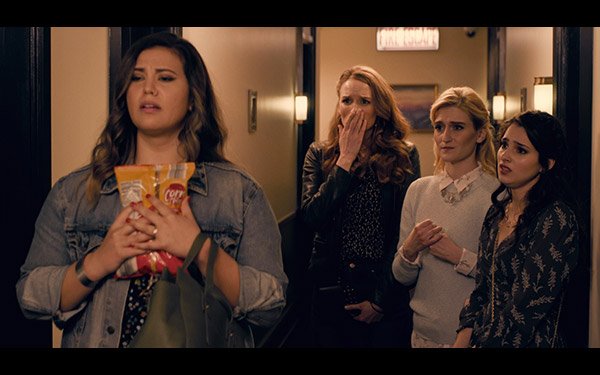 When emerging travel brand Suiteness decided to create its first ad campaign, it wanted to pick a studio with the right toolbox.

Suiteness allows users to book adjacent hotel rooms, eliminating the need for a vacation home rental, and the responsibilities and pitfalls that often accompany them. For its first ad campaign, the company took a humorous approach to travel that fell in line with its aesthetic.

“Upon learning that one of my favorite sources for satire has its own content lab, it was a natural choice for us to produce our first ads with OnionLabs,” Kyle Killion, founder of Suiteness, told Publishers Daily.

“OnionLabs’ signature tone fits well with the relatable, funny campaign we wanted to create. To take it up a notch, we requested the final color quality of the ads be tinged with Suiteness-tone, which plays up the navy and gold tones of our brand marks in a subtle way," he adds.

The campaign features two 30-second spots, one featuring a family crammed into a single hotel room and another featuring friends who have to part to unconnected rooms after a fun night out. For distribution, each of the spots will be cut to 15 seconds.

“Onion Labs produces concepts based in relatable human truths, and in the case of the Suiteness ads, both make light of the difficulties of traveling, whether with kids or a group of friends,” said Mike McAvoy, CEO of The Onion.“The tone of the ads are reflective of the satire for which The Onion is famous.”

Onion Labs, part of The Onion Inc., was recently acquired by G/O Media. As a result, Suiteness will see its campaign aired across its collection of media brands, including AV Club and Lifehacker. That's in addition to Onion landing a digital media partnership with NBC Universal, which includes spots on Domain, Hulu, YouTube, OTT, VOD, Mobile, Tablet, Desktop across NBC, USA, Syfy, Bravo, Oxygen and E!.

A paid social campaign will accompany those spots.

“Almost immediately, we started receiving positive feedback from new fans, repeat Suiteness customers and hotel sales managers alike. Most of the commentary revolved around the relatability of the ads,” he says.