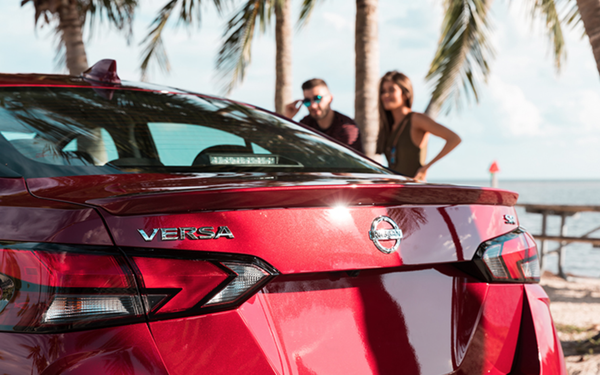 Much has been made of the U.S. Big Three automakers greatly reducing the number of car models they are offering.

But Nissan and its Asian counterparts — Honda, Toyota, Subaru and Mazda — are sticking it out with cars. And it might turn out to be incredibly wise, according to some recent research.

According to a survey of American car owners commissioned by Nissan, desire for sedans remains strong, particularly among millennials. Among overall respondents who don't currently own a sedan, 78% would consider buying one, and younger respondents reported an even higher affinity for the body style.

Of course, Nissan has a good reason to say that sedans are still vital, notes automotive lifestyle brand, Hagerty. The automaker recently introduced the latest version of the Versa subcompact sedan. Last year it launched an all-new Altima after spending $170 million in assembly plant upgrades for the midsize family car. Nissan also recently unveiled the refreshed Maxima, adding safety and convenience features along with updated styling.

"We see great opportunity in the sedan segment, which is why we're continuing to launch all-new and refreshed products," states Rob Warren, director and chief marketing manager at Nissan North America. "Sedans are still extremely popular with our customers, so as our competitors exit the category, they're creating even more prospects for Nissan.”

"Sedan design has also come a long way, as these traditional four-door cars shed their generic look, add more technology and take on a more aggressive, stylish profile,” Warren states. “As sedans become more exciting to look at and to drive, younger buyers are putting sedans at the top of their consideration list.”

Clearly, Nissan is marching to the beat of a different drummer from Ford, GM and FCA -- and has research to back up its choices. Only time will tell if sticking it out with certain car models is the right thing to do.