Gillette Presents Another Inclusive View Of Masculinity -- With A Spanish Accent 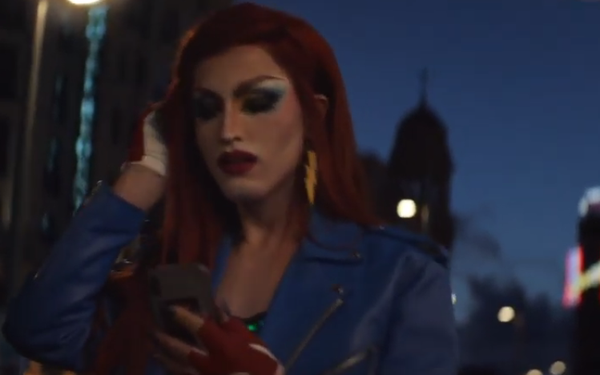 Gillette has released another ad that challenges the stereotyped  image of manhood, but this commercial is being released in Spain.

“It Takes A Real Man” is Gillette’s campaign created in collaboration with the Proximity Madrid agency that the firm says is “in line with Gillette’s global strategy to target a new, more inclusive and diverse man.”

This 50-second spot follow an ad Gillette released in the U.S. in January that attacked the “toxic” he-man image, and another ad last week showing a transgender man about to have his first shave, with his father helping him out.

The Spanish commercial begins with a voiceover intoning, “Growing up as men, we’ve always been told how to behave. ‘Are you man enough?’  we’re asked. And it’s true. Are you man enough to admit you’re afraid?”

Soon the opening dissolve into a shot of a man shaving his legs. But as we quickly learn in the next frames, he’s a competitive swimmer (Spaniards might recognize him as synchronized swimmer Paul Ribes). And from there we see scenes of men at work -- all of them famous in Spain -- and one nurturing a newborn child.

Other commercials pay homage to Gillette’s history, while another series features testimonials from famous men detailing what the phrase “It takes a real man” meant to them during their lives. Most of the campaign is designed for digital venues.

On a Gillette website, there’s even a so-called “manifesto” that details “Gillette's new positioning and the reason for the campaign.”

The text discloses that next school year Gillette will finance an education program for adolescents focused on  teaching them a more rounded view of masculinity.

“Our duty as a brand,” the Gillette document reads, “is to transmit positive and constructive values to society, and above all, to the youngest.”

Proximity Madrid claims it took its cues from Gillette research that says eight out of 10 men are aware of the macho image they’re “supposed” to follow but that 75% don’t agree with that version of masculinity and intend to bring up their children differently.
.
“Brands need to pay attention to issues that affect and concern our consumers,” says Javier Riano, southern Europe head of beauty and corporate marketing for Procter & Gamble, which owns the Gillette brand.  “In the case of Gillette, historically linked to men and masculinity, we want to use our voice to launch a modern, positive vision of what it means to be the best version of a man.”

"The social buzz and conversation around Gillette’s spots is a primary example of identifying a narrative that already has momentum in our culture and aligning it with a brand story and a product value proposition,” says Lizz Kannenberg, director of brand strategy at Sprout Social, a company that tracks social media for clients. “It’s a savvy marketing move because it focuses that existing conversation on the brand, and it’s also beneficial to the cultural conversation in that it gives the audience a point of focus through which to contextualize a complicated topic.”