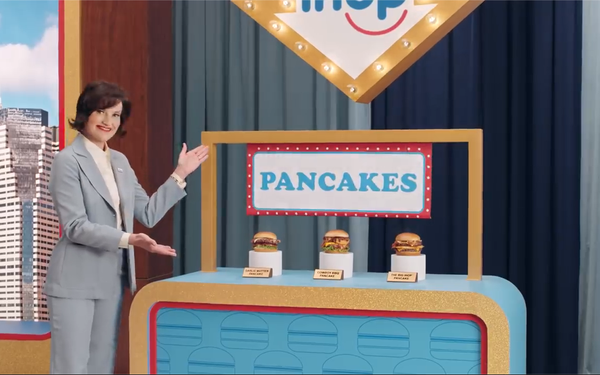 After last year's stunt transforming IHOP into IHOb to promote its burgers, the pancake restaurant chain is continuing the message by calling its burgers "pancakes.”

The new creative, developed with Droga5, refers to the Black Angus beef burger to introduce three new flavors: the Garlic Butter “Pancake,” the Loaded Philly “Pancake" and the Big IHOP “Pancake," with an actual pancake in it.

In addition, the campaign is introducing The Bancake List, an aggregated list of Twitter users who tweeted negative comments about last year's campaign. People can visit BancakeList.com to find out whether they are on this blacklist, and must tweet something nice in order to be removed from it.

Droga5 points out however that logistically speaking, there’s no feasible way for IHOP to enforce The Bancake List.

They’re operating on the honor system.