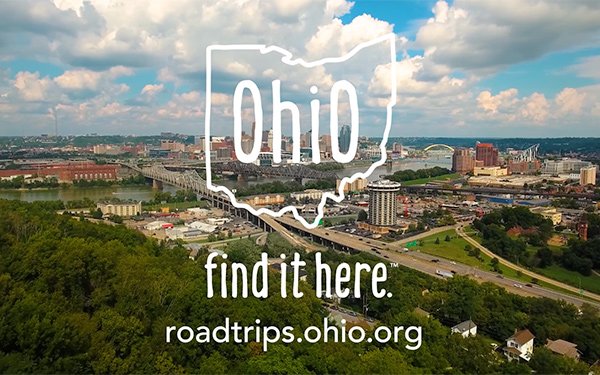 TourismOhio is launching a new road-trip-focused campaign that includes the group's largest media buy since introducing its new brand tagline: "Ohio. Find It Here" in November 2015.

The creative, developed with Scoppechio, highlights different adventures, including "To The Moon and Back" that celebrates the 50th anniversary of Neil Armstrong’s first walk on the moon via a trail that follows Ohio’s leadership in U.S. air and space travel.

All media efforts are meant to drive travelers to http://roadtrips.ohio.org/trips.

This theme is a strategic decision based on research about growing consumer interest in road trips.

The first phase of the campaign in May centered on a partnership with the Full-Time Travel blog that posted content from a trip to various cities and gave TourismOhio full usage and rights to the video captured at each city. It will be used to create assets for digital media.

There is also a deal with Midwest Living magazine for an eight-to-12 page feature story, 12-page insert featuring additional Ohioan road trip destinations and online promotion in the 2019 July/August issue.

There will be six to eight more road trips throughout the rest of the year to round out the campaign.