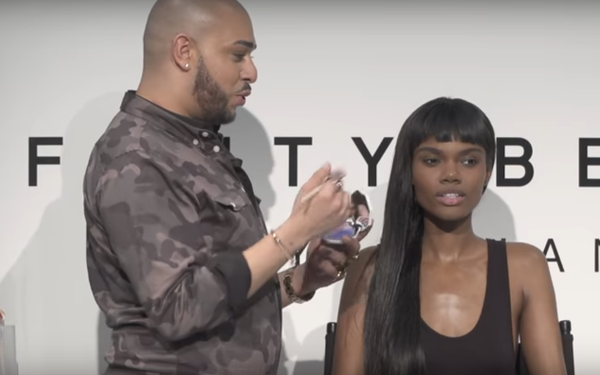 There’s never a shortage of retailers facing charges of racial profiling, but Sephora’s recent gaffe highlights just how fast incidents in a single store can inflict widespread brand damage -- especially if you pick on someone like R&B star Sza.

Here’s what happened: Sza was shopping last month in a California Sephora when an employee called security because she suspected the singer was shoplifting. After Sza posted about the incident on social media, it went viral, prompting Rihanna (a bigger star) to jump in, sending Sza a gift card via social media. “Go buy yo Fenty Beauty in peace sis. One love, Rihanna,” she wrote.

Sephora, while not addressing the issue specifically on social media, released a new “manifesto,” a diversity push called, “We belong to something beautiful.” It also announced it would close all U.S. locations for an hour this week for diversity training. In a statement sent to Marketing Daily, the company says the events are unconnected, and that both the manifesto and the training were intended to link to a larger launch this week.

“While it is true that SZA’s experience occurred prior to the launch of the ‘We Belong to Something Beautiful’ campaign, the campaign was not the result of this Tweet,” the company says. “However, it does reinforce why belonging is now more important than ever.”

While high-profile cases of racial profiling at Barney’s and Nordstrom generate plenty of headlines, the problem is more widespread than many realize. A recent study from Case Western Reserve University reports that 80% of African-American consumers have been subjected to racial stereotypes while shopping, with 59% saying that, like Sza, they have been considered potential shoplifters, with 52% subject to comments about being "too poor” to make a purchase.

The incident is a setback for Sephora, which has invested millions in its “Let’s Beauty Together” inclusivity campaign, launched back in 2015, and has won raves for efforts in supporting gender-fluid customers.

And it may well be causing a family feud. Sephora is owned by luxury powerhouse LVMH, the muscle behind Fenty Beauty, Rihanna’s groundbreaking cosmetics line. Launched in 2017 with 40 different shades of foundation, it has since expanded to an astounding 50 shades, sending every other cosmetic company scurrying back to the production line to keep up.

And Rihanna, with over 90 million Twitter followers, is bigger than beauty. Fenty, a high-end fashion line, launched last week in Paris, and LVMH calls it the “luxury brand for the 21st century,” operating on a purely digital basis and on a “see now, wear now” basis that ignores the traditional fashion calendar.