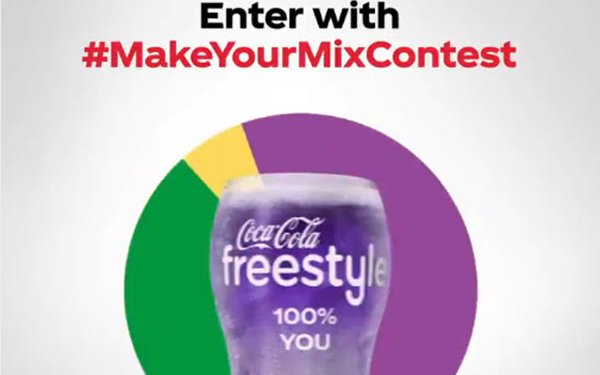 Coca-Cola Freestyle has launched its first “Make Your Mix” contest, with a prize of $10,000.

To enter (through June 30), consumers need to find a Freestyle machine, create a mix using two or three of the nearly 200 drink choices offered in the machine, snap a photo of their mix, and upload it to Instagram or Twitter using #MakeYourMixContest and their mix’s recipe in the caption.

A panel of Coca-Cola’s beverage experts will choose five finalist mixes, which will be made available on 50,000 U.S. Freestyle machines from August 25 through November 4.

The mix that’s poured the most (by volume) by machine users will win the $10,000 grand prize.

In addition to driving Freestyle decisions, consumers’ most-poured mixes on the machines have contributed to product innovations, including 2019's Orange Vanilla Coke and Sprite Lymonade launches.