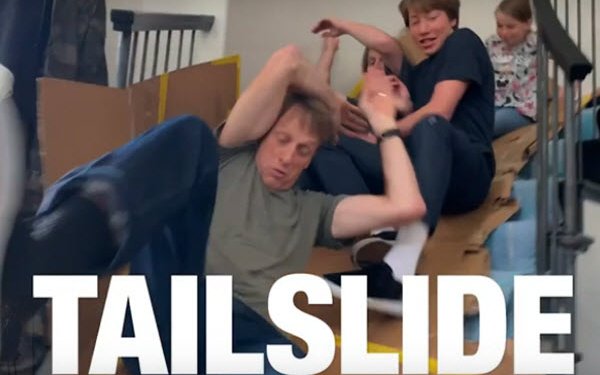 For Father’s Day, Kraft Heinz’s Bagel Bites has reteamed with pro skateboarder — and father of six — Tony Hawk on a social campaign with a “Rad Dad Squad” theme.

Hawk took heat for appearing in a Bagel Bites ad back in 2002, with critics dubbing him “Bagel Boy,” despite his insistence that he really was a consumer of the snack.

That history was addressed in tongue-in-cheek fashion in a faux-interview-format teaser video for this new campaign, titled “Tony Hawk sells out. Again,” on Hawk’s Instagram channel and YouTube.

A second video (below and above) focuses on pitching the #RadDadSquad sweepstakes by showing Hawk engaging in goofy activities with his own kids. The three winning dads and three guests apiece (presumably their kids) will win trips to California to meet Hawk.

Entry requires posting a photo or video showing a “Rad Dad” sharing a fun moment with kids on Instagram or Twitter, with #RadDadSquad and #Sweepstakes in the caption, by June 23. The first prize drawing will be held on Father’s Day, June 16.

Both videos are from Hawk’s own agency, D/CAL.